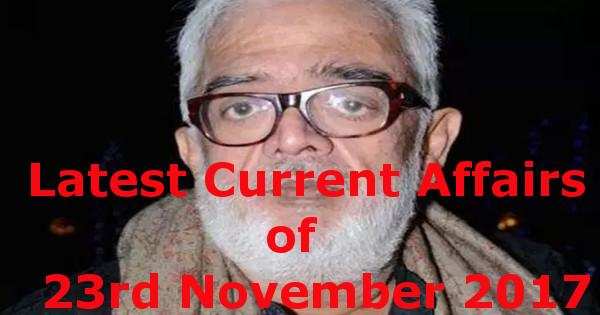 Swiss parliamentary panel has approved the automatic exchange of information exchange with India along with 40 other countries.  The Commission for Economic Affairs and Taxes of the Council of States is the Key panel of Swiss Parliament’s Upper House. This Panel allows the transfer of information including tax identification number and will help India in identifying accounts hoarding black money in Swiss banks.

Filmmaker Rahul Rawail is the new Chairperson of IFFI 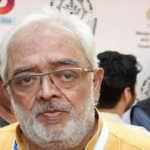 Bollywood filmmaker Rahul Rawail is the new chairperson of International Film Festival of India (IFFI). He will replace Sujoy Ghosh. He had resigned as the head of the Jury of IFFI’s Indian Panorama section following the controversy over the removal of two films from the final selection. He is attending the inaugural session of the film festival.

For the first time India Myanmar joint Military exercise to be held in Meghalaya. This exercise code-named India-Myanmar Bilateral Army Exercise (IMBAX). Main Aim of this exercise is to build and promote closer relations with armies of the neighbouring countries. This is the six day training exercise to train the officers of Myanmar Army in various United Nations Peacekeeping roles and tasks.

South African Indian origin AIDS Researcher Professor Quarraisha Abdool Karim has been appointed as Special Ambassador of Joint United Nations Programme on HIV/AIDS (UNAIDS) for Adolescents and HIV. UNAIDS leads and inspires the world to achieve its shared vision of zero new HIV infections, zero discrimination and zero AIDS- related deaths. She is one of the world’s leading AIDS researchers. She will focus on adolescents and HIV and also championing the involvement of young women in science.