Outside the house of Education Minister Pargat Singh, there was a scuffle between the police and the teachers 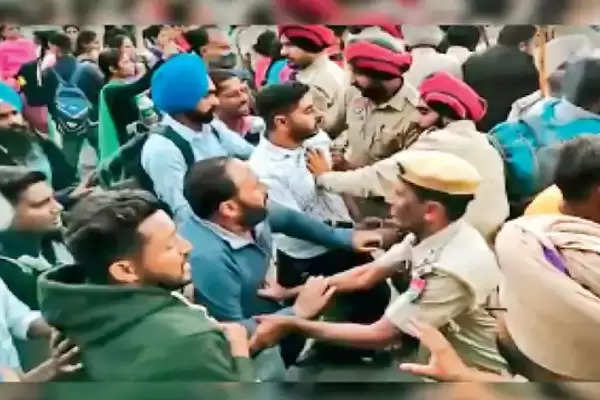 Employment News-The members of BEd Tet pass unemployed teachers union demonstrated against the government at the bus stand on Friday. In the afternoon, more than 200 teachers took out a fury march from the bus stand to the house of cabinet minister Pargat Singh in connection with the demands. During this, there was a scuffle between the teachers and the police. Union officials Sukhwinder Singh, Aman Sekha, Sandeep Gill, Gagandeep Kaur said that for about 15 days, teachers have been protesting against hunger-strike and administration, but the government is not paying any attention to the demands.

There was no recruitment in Punjabi, Hindi and Social Department for four years. The members met the administrative officers several times and told the problem of the union. He told that the police tried to stop the teachers when they were going for a peaceful demonstration regarding the demands. During this, a situation of confrontation ensued. He said that till the administration does not accept the demands, the protest will continue outside the house of cabinet minister Pargat Singh.