Rajasthan Teacher Recruitment 2021: The minister gave this statement on the recruitment of 29000 teachers in Rajasthan 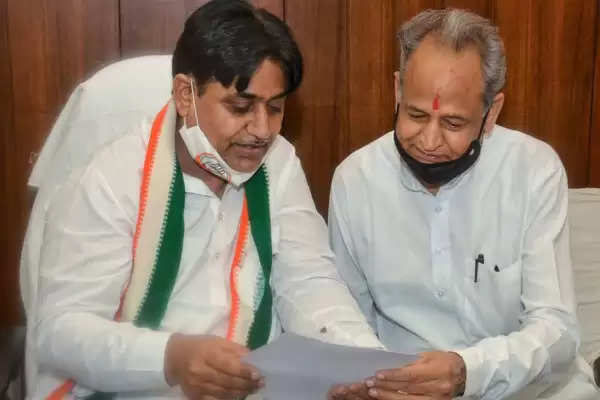 Employment News-The REET exam in Rajasthan was held on 26 September. Now state Education Minister Govind Singh Dotasara has given a statement regarding teacher recruitment in Rajasthan. In a program organized at the residence of Chief Minister Ashok Gehlot, he said, 'I want to say on this platform that in October, 29,000 more posts will be filled. Recruitment will come out because Chief Minister Ashok Gehlot's thinking is that our children who work hard should get jobs.

In the REET exam held on September 26, more than 16 lakh candidates appeared in two shifts of the same day. This exam was conducted for more than 30,000 posts from class III teachers in the state. Taking a tough stand against those involved in suspicious activities and negligence in the examination, the government has suspended one RAS officer, two RPS officers, over a dozen personnel of the education department and three other police personnel.

During the same program, the Education Minister has targeted the BJP over the alleged irregularities in the recently concluded REET. He said that the opposition is upset due to the excellent conduct of the REET exam. At the same time, he accused the BJP that in the previous BJP government, copying gangs continued to flourish and they did not get it done.

The Rajasthan PTET Exam 2021 Result was declared on 29th September on the official website. The candidates who appeared in the examination can check the result through the website ptetraj2021.com. The PTET exam was held on 8 September. Candidates who qualify PTET will be eligible to take admission in BA-BEd, BSc-BEd courses. The seats will be allotted on the basis of merit. The counseling dates will be released soon.