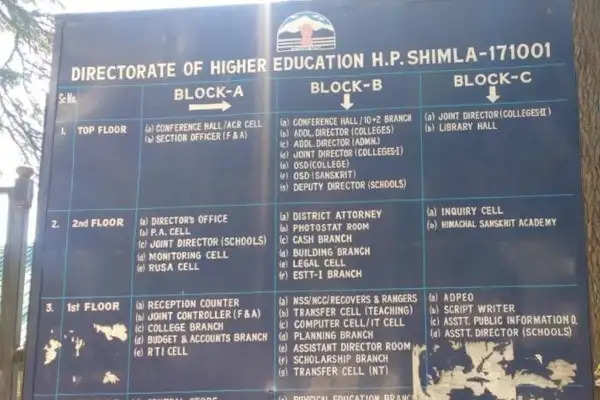 Employment News-In the Education Department, the teachers are adamant on increasing the quota of promotion from spokesperson to principal to sixty percent. The School Spokesperson Association has demanded the Director of Higher Education to issue a notification reminding the announcement of Chief Minister Jairam. The union says that for 19 thousand spokespersons, only 750 promotion posts are not justified.

A meeting of Himachal Pradesh School Spokesperson Association was held in the Directorate of Education with the Director of Higher Education. In the meeting, the main discussion was held with the spokespersons about increasing the promotion quota for the post of Principal from 50 percent to 60 percent. Sangh President Kesar Singh Thakur said that the Chief Minister had made this announcement on 23 November 2018 in the Palampur session of the Sangh.
The officials of the union said that the spokespersons are already getting promotion quota much less than the proportion of their numbers. The spokesperson and the headmaster are the two feeding cadres for the principal promotion in the R&P rules. At present the number of lecturers is 19 thousand and the number of head teachers is about 800.

95 per cent posts of principals should be filled by lecturers and 5 per cent by head teachers. In 1986, when secondary schools were established under the New Education Policy, this ratio was 60:40. At that time only 236 spokespersons were working in the state while the number of head teachers was 1459. It was decided that as the number of spokespersons increase, the quota for the posts of principals would continue to be re-fixed on a numerical basis.

President Kesar Singh said that in the year 2007, the number of spokespersons reached 12 thousand and the number of head teachers was around 1100. Even then the quota of promotion could not be re-fixed. In 2008 the promotion quota was 50:50.

State government should not anger thousands of teachers to please the spokespersons
On Monday, the State TGT Arts Association handed over a 30-point demand letter to Amarjeet Sharma, the Director of Higher Education. Union's state general secretary Vijay Heer apprised the directorate about the demands of TGT art teachers. 1948 The cooperation of the education department was sought to create the posts of headmasters in middle schools, 2 increments on 20 years of service, changes in recruitment promotion rules and other demands of TGT teachers.

The union appealed not to implement the 10 per cent hike in the spokesperson's quota for the post of principal and 10 per cent reduction in the headmaster's quota and to refer the matter back to the government. Heer said that giving a gift to 6 thousand lecturers is like playing with the interests of thousands of C&V and JBT teachers who are eligible for 16318 TGTs, 933 headmasters, 4325 promotional spokespersons, TGTs.

Due to this, about 24 thousand teachers will be directly angry with the government. If the quota for Headmasters who got 60 percent quota in the year 1992 was increased to 40 percent, it would be a great injustice to the TGT category. After this decision, 95 percent TGTs of the state will never be promoted to the post of Principal.