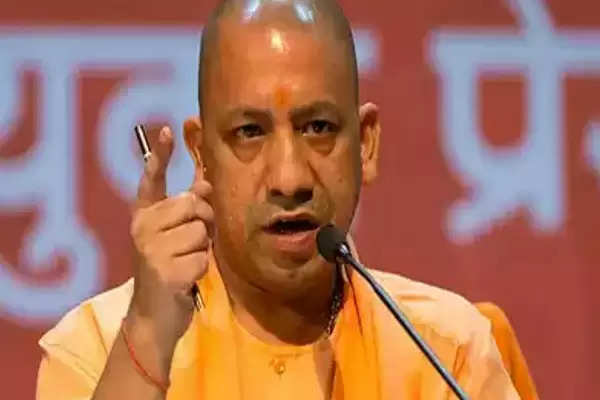 Employment News-State Chief Minister Yogi Adityanath distributed tablets, smart phones on Thursday among the graduate students in the colleges of the district. During this, while giving the status of smart youth to the youth of UP, the Chief Minister said that these tablets, smart phones will play an important role in the implementation of the new National Education Policy. This will not only help in studies and competitive examinations, but will also help the youth to take advantage of government schemes.

In the program held at Rudraksh Convention Center, the Chief Minister gave tablets, smart phones from the stage to the selected 10 students of Agrasen Kanya PG College and Harishchandra PG College. Whereas it was distributed among 1200 students of different colleges in the function. The Chief Minister said that in 2014, Prime Minister Narendra Modi had talked about Digital India. Along with this, he had announced many programs for the youth. It is said that the direction of youth power is the direction of the country. India is once again emerging as a power in the world. On the lines of UP, now tablets, smartphones are being distributed in other states as well.

The path of studies will be easy in the Corona period
Chief Minister Yogi Adityanath said that during the Corona period when online classes were going on, at that time many students did not have mobile phones and tablets to study. Now that once again the infection of corona is increasing, the path of students' studies will be easy. Other facilities will also be provided by the government to the youth to use it, for this the government has signed an MoU with Infosys, many important facts will also be there in it.

India's corona management is the best
The Chief Minister said that during the Corona period, India's corona management has been better than other countries. India's population is 135 crores while America's is only 350 million. Even after all this, there were one and a half times more deaths in the Corona period in America than in India. In India work has been done to save both life and livelihood. When the youth of the state were stuck in Rajasthan, the government sent buses and called the youth to UP. The Rajasthan government did not help in this.

90 thousand youth will be distributed in Kashi
The Chief Minister said that tablets, smart phones would be distributed to about one crore youth in the state. This includes 90 thousand in Kashi. The demand for it in UP is not getting as much. This is because whatever a chip is in it, it comes from outside and due to corona infection, the chip is not able to come. Tablets, smart phones will also be given to the students of Abhyudaya Coaching running in every district. During this, State Tourism and Charitable Affairs Minister Dr. Neelkanth Tiwari and Minister of State Ravindra Jaiswal counted the achievements of the government. Cabinet Minister Anil Rajbhar, MLA Dr. Awadhesh Singh, Saurabh Srivastava, Surendra Narayan Singh, Additional Chief Secretary Home Avneesh Awasthi, Commissioner Deepak Agarwal, District Magistrate Kaushal Raj Sharma and others were present in the program.