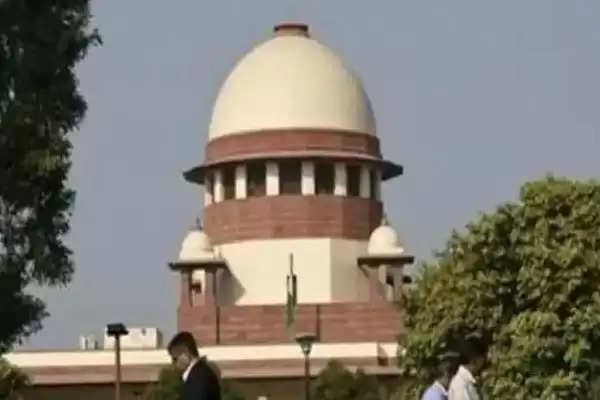 Employment News-The Supreme Court has reprimanded the Center for changing the exam pattern of NEET-SS at the last minute. The Supreme Court said on Monday, "In the game of power, the government should not treat doctors as football." The court has given the government a week's time to reconsider its last-minute change in the National Eligibility-cum-Entrance Test (NEET) pattern for super specialty (SS) courses.

NEET-SS is to be conducted on 13th and 14th November 2021. The notification for this exam was issued on 23 July, but a month later, on 31 August, the National Board of Examinations (NBE) released a booklet announcing the changes in the exam pattern.

Due to the decision of the government to change the examination pattern, a new difficulty has arisen in front of the doctors engaged in the preparation of the examination. Because the doctors were preparing for the NEET-SS exam on the basis of the prescribed pattern of 2018.

This decision of the National Board of Examinations (NBE) has been challenged by 41 doctors in the Supreme Court, on which the Supreme Court had last week sent a notice to the Central Government seeking its response on the matter.

Angered by the government's decision, a bench of Justices Dhananjay Chandrachud and BV Nagatna said, "You cannot play with the lives of young doctors in this manner. When the notification of the examination was issued, what emergency situation has arisen now that the examination pattern is being changed. Just because you have the power. You think you can manipulate it in any way. Don't think of doctors as football in this game of power."

Additional Solicitor General (ASC) Aishwarya Bhati was representing the matter on behalf of the Ministry of Health and Family Welfare. Senior Advocate Maninder Singh on behalf of NBE and Advocate Gaurav Sharma on behalf of National Medical Commission were present.

The bench asked the three lawyers to consider deferring the decision to change the exam pattern to this year as these doctors have worked hard for years to prepare. And now only two months are left for the exam.