Strange statement of Rajasthan education minister - women quarrel in schools, if they improve, they will outrun men 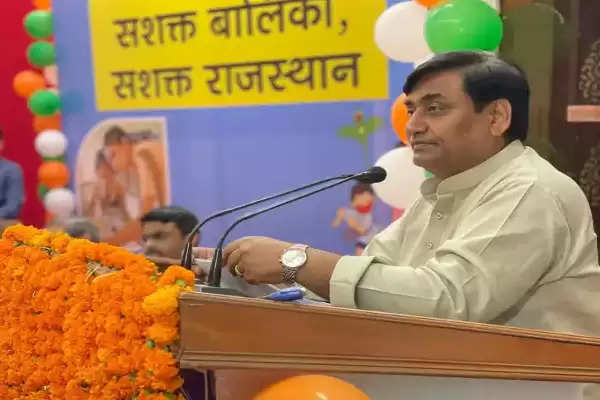 Employment News-Rajasthan Education Minister Govind Singh Dotasara has given a strange statement about women. He said that women are quarrelsome, that is why they are not able to get ahead of men. Minister Dotasara was addressing a program on the occasion of International Day of Children, during which he made this statement. During this, he said that many such reports come to me in which it is said that women quarrel in schools. He said that if women improve in these small things, then they will overtake men.

The Education Minister said that in schools which have female staff, more fights are seen in them. During this, Dotasara also quipped and said that the male staff of the schools remain in a lot of trouble due to the fights between the women. He said that due to women's fights, men and principals have to eat saridon (headache pill).

During this, he talked about the policies of the government regarding women. He told that the Gehlot government has brought many schemes for the upliftment of women. Women have been given priority in the list of Chief Minister Ashok Gehlot. The Education Minister said that they should rise above all this and get ahead of the men.