Sports is a major part of education: Block Education Officer 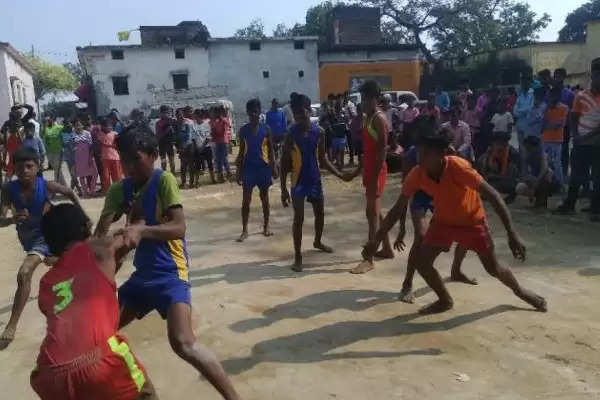 Maharajganj: The Brahmalin Mahant Avadyanath Cricket Competition started on Monday. The first match was played between Siswa and Ghughli. In which Ghughli won the toss and decided to bat. In which the team of Siswa Bazar scored 94 runs in the stipulated 10 overs and won the match by losing eight wickets. The inauguration was done by the chief guest Shahrukh Khan. Shahrukh, who was the special guest Ghiyasuddin Ansari, Vikas Jaiswal, Rammilan Verma, started the competition by cutting the ribbon of the competition. Aamir Khan, Suhail Khan, Vipul Tiwari, Suraj, Afsar Ali, Alok Verma etc. were present. Sheru and Suhail and Shailendra played the role of commentators in the competition. Pipra won in Kabaddi