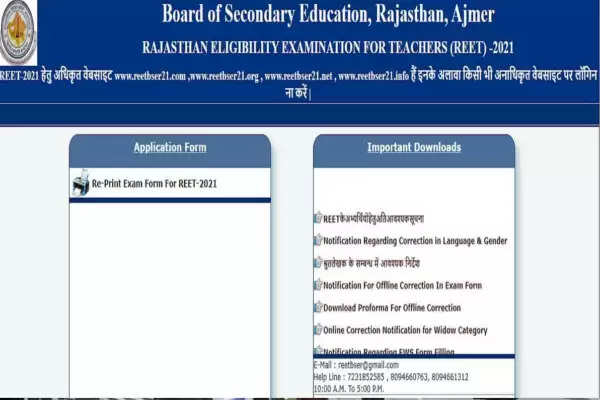 Employment News-On 26 September, Rajasthan Government conducted the Rajasthan Eligibility Examination for Teachers (REET) at 4153 examination centres. On the other hand, the examinees created a ruckus due to the late arrival of the paper at the Kamala Devi Mahavidyalaya, Dhikwar-Mandal Neemrana Exam Center in Alwar district of Alwar. It was told to give extra time to the examinees but the examinees did not agree and boycotted the exam. According to media reports, Rajasthan Education Minister Govind Singh Dotasara has announced that the first shift exam will be held again.

Around 600 candidates were giving the exam at this exam center, their paper will now be taken again. At the same time, the exam of second shift of REET exam was successfully completed. The new dates for the canceled exams of the first shift will be announced soon. The education minister said that he had spoken to the chairman and the secretary and the examination would be conducted at the earliest by preparing a paper for the center which is left.

Strict arrangements were made to prevent cheating in REET exam. For this the internet service of many districts was also stopped. At the same time, five people have been arrested for trying to cheat in the exam. Officials said the candidates were found wearing "slippers" with Bluetooth fitted on their soles.

REET was conducted on 26 September to recruit more than 31000 teacher posts in the state. This exam was conducted in Rajasthan after almost 3 years. For this, 4,153 examination centers were prepared at 200 places in the state. Earlier the Rajasthan Board had announced the postponement of the REET exam held on June 20. Then this exam was postponed again due to the increasing corona cases in the country.