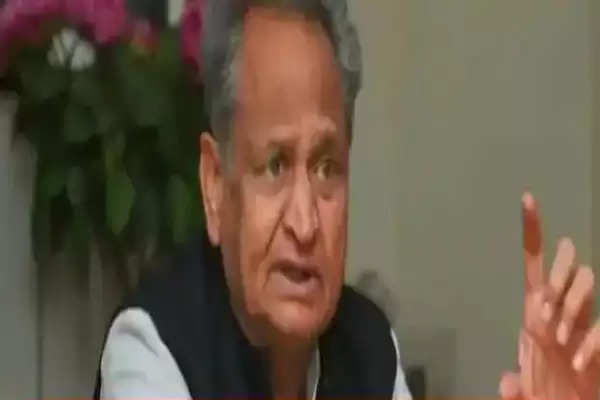 Employment News- Rajasthan Chief Minister Ashok Gehlot announced a record 60 thousand recruitments in the education department on Dhanteras. 31 thousand of teacher in school education, 9862 of basic computer instructor, 295 of senior computer instructor, 6000 of lecturer, 10 thousand of second class, 1 thousand of teacher (special education), 460 of library grade II, 461 of physical teacher II There will be recruitment on 461 posts of Physical Teacher III and 461 of Laboratory Assistant. Rajasthan State Education Regulatory Authority will be formed to fix fees of higher education and private institutions.

Ashok Gehlot made many important announcements in the direction of upgradation and strengthening of school education in the review meeting of the Education Department held at the Chief Minister's residence on Tuesday.

Other Announcements
In view of the enthusiasm of the people towards English medium Mahatma Gandhi schools in the cities, a survey will be conducted to increase the number of these schools. Where necessary, more English medium schools will be opened.

Like sportspersons and NCC, action will be taken to make separate rules for giving priority to scout guides and NSS students in government jobs.

If there are 10 students of third language in upper primary schools, according to the demand, the post of teacher of the concerned language will be allotted for the study of third language like Sanskrit, Urdu, Sindhi, Punjabi etc.

fill vacancies on time
Gehlot said in the meeting that the state government is making all possible efforts towards excellence in school education in the state. Positive results are also coming out of this. Enrollment of students in schools has reached an all-time high of more than 98 lakhs. He said that the State Government would leave no stone unturned in the direction of quality education to the students of the State. He instructed that the education department should complete the time bound recruitment process on the vacant posts in schools. There should be no hesitation in this at any level.

Minister of State for Education Govind Singh Dotasara said that on the initiative of the Chief Minister, the process of recruitment to the vacant posts in schools is being completed very fast. Since December, 2018 till date, 61,123 posts have been appointed in the department and 23,720 promotions have been done. The process of recruitment has been started on about 60 thousand vacant posts. Orders have been issued to upgrade 481 upper primary schools to secondary schools and 145 secondary schools to higher secondary schools. He said that the budget announcements made by the state government in the field of education are being fulfilled with urgency.