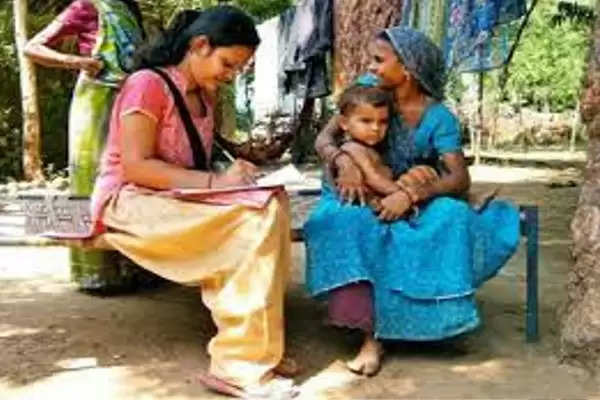 Employment News-Under the new education policy, the exercise of starting pre-primary classes by integrating Anganwadi centers into primary schools has intensified. It is being launched under the Pre-Primary/School Readiness Programme. For this, programs have been fixed to train the teachers at the cluster level. But the special thing is that the present condition of Anganwadi centers can be ruined on this plan of the government. Locks are hanging in most of the centers operated in private buildings, which are opening, there are no children and no lactating women.

When these centers were inspected on Tuesday, most of the centers in the city were found to be closed. The centers that were open were filled with children. Anganwadi worker was busy with her personal work. He said that due to Corona, people have stopped sending their children to the centre. He comes only two days a week and goes away with refreshments.
There is no provision of furniture etc. in Anganwadi centers operated in private buildings. Perhaps for this reason, the government has made arrangements to integrate Anganwadi centers into primary schools in the National New Education Policy. The efforts of which have also been intensified. The government intends to start pre-primary classes in primary schools from the next academic session.
Efforts have been intensified to conduct pre-primary classes by integrating Anganwadi centers into primary schools. These will be run in primary schools from the next academic session. This will end the problem of non-availability of Anganwadi buildings. Both Anganwadi center and school will run under one roof. Soon the arrangements will be made better by inspecting the Anganwadi centers.
Sudhir Kumar, SDM/in-charge District Program Officer, Banda.