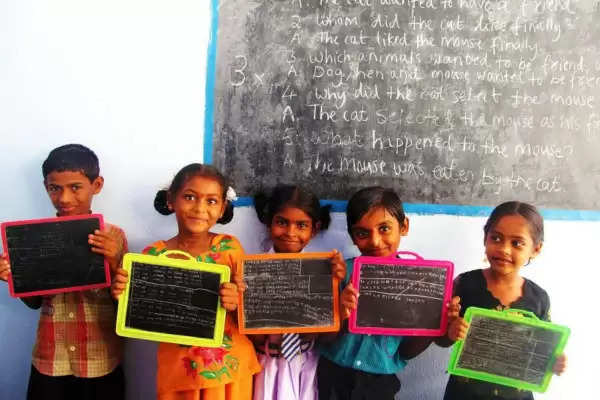 Employment News-There are about 111 school teachers in Nuh district. One such is the middle school of Biwan village. In which not a single teacher is appointed to teach 121 girl students. The people of the village have become aware now. Regarding the Right to Education Act 2009, Isab Khan of village Biwan has filed a petition in the Ferozepur Jhirka court seeking to be appointed as a teacher in the school. Accepting the petition, the court has summoned the officials of the education department to respond on January 5, 2022. Due to which there has been a stir in the education department. At the same time, people of those villages whose schools have not had teachers for a long time are also planning to approach the court under the Right to Education.

Isab Khan, a resident of the petitioner village Biwan, told that there is a girl's middle school in his village, in which 121 girls come to study, but for many years there is not a single regular teacher appointed in the school. Due to which the education of the girl students is getting affected. The government's slogan of Beti Padhao Beti Bachao is also spreading. He told that on December 21, 2021, he has filed a petition in the court of Firozpur Jhirka through Mausim Khan Advocate Basai Meo, Ashok Agarwal Advocate Advisor Social Jurist Delhi. India's Right to Education Act 2009 gives them full rights to be appointed teachers to teach their children. Kaushal Kumar Yadav Junior Magistrate First Class Civil Court Ferozepur Jhirka has issued a notice to the Chief Secretary Education Department, Government of Haryana, District Education Officer Nuh and summoned the reply on 5 January 2022.