UNESCO report: Only one teacher in 1.1 lakh schools in the country, more than 11 lakh posts vacant 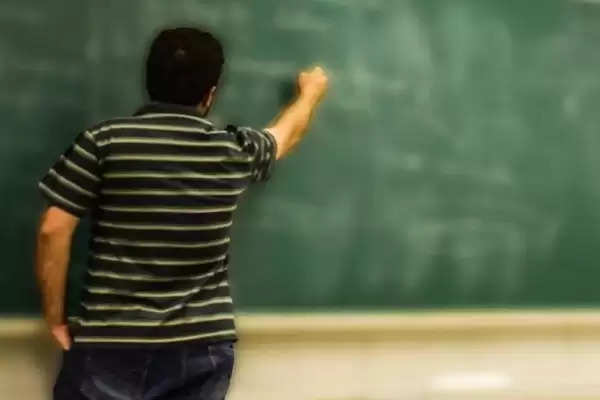 Employment News-There are about 1.1 lakh schools in the country where the entire responsibility rests on the shoulders of only one teacher. This claim has been made in UNESCO's (United Nations Educational, Scientific and Cultural Organization) 'State of Education Report for India 2021: No teachers, no classrooms'. According to this, 11.16 lakh or 19 percent teachers' posts in the country are still vacant, out of which 69 percent vacancies are in rural areas.

There are three states with more than one lakh vacancies. Of these, 3.3 lakh posts of teachers are vacant in Uttar Pradesh, 2.2 lakh in Bihar and 1.1 lakh in West Bengal. These three states have been rated as the states with the worst standards in the UNESCO report. 89% of Bihar's vacancies are in rural areas. At the same time, this figure is 80 percent in Uttar Pradesh and 69 percent in West Bengal.

Only one teacher in 1.1 lakh schools, highest in MP
The report suggests that India needs 11.16 lakh additional teachers to meet the current shortage of teachers. Based on the calculations of the PLFS data for 2018-19, it has been told in the report that there is only one teacher in 1,10,971 schools in all the states. Of these, 69% of the schools are in rural areas. States like Arunachal and Goa have more such schools.

The sex ratio remained balanced, such is the condition of the teachers
Sarangpani said that the sex ratio overall has been balanced. The number of female teachers is about 50 per cent. However, interstate and urban-rural imbalance remains. Assam, Jharkhand and Rajasthan have 39 per cent teachers. In Tripura this figure is 32 percent. Chandigarh has the highest number of 82 per cent. It is followed by Goa (80), Delhi (74) and Kerala (78).