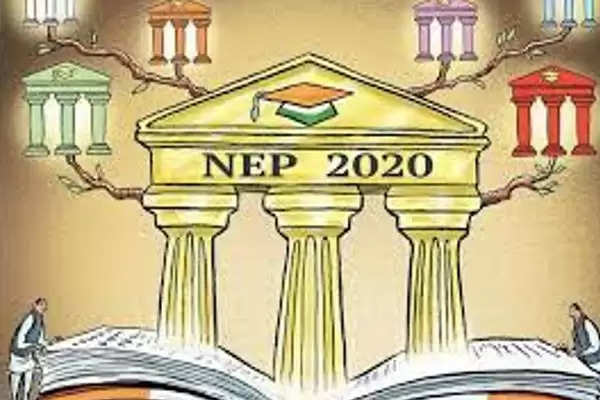 Employment News-The new education policy will infuse energy along with promoting skill development, removing unemployment and instilling confidence in the youth. With this, Indian culture, civilization, rites, thoughts and behavior will be developed among the students.
These things were said by the Governor of Rajasthan and former Union Minister Kalraj Mishra. He was addressing the Diamond Jubilee and Puran Student Award Ceremony organized at Pavanagar Mahaveer Inter College, Fazilnagar as the chief guest. He said that the students studying in the school should come out from here and reach high positions on the strength of their talent and increase the respect of the region and the school.

For better education, it is necessary that teachers and students understand each other properly. This makes it easy to read and teach.

He said that this school was established by the freedom fighter Baba Raghavdas. In this case its importance increases even more. Describing the new education policy as beneficial, he said that the system of both old and new education has been made employable by adjusting it. Due to this, in the coming time, the students came out of the employable category and became the ones giving employment to other people.
State Cabinet Minister Swami Prasad Maurya said that our culture has been of Vasudhaiva Kutumbakam. The talents here have earned fame by earning fame in the country and abroad. If this tradition continues even further, it will fulfill the purpose of Diamond Jubilee.