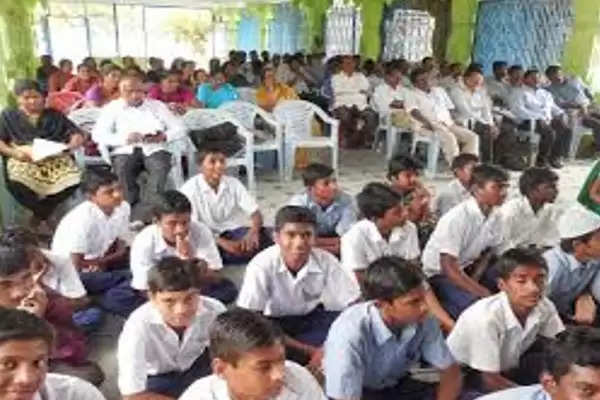 Employment News-The Rashtriya Madhyamik Shiksha Abhiyan, launched in the year 2009 with the objective of providing quality education to the students in the age group of 14 to 18 years, has not been a complete success. In the last 12 years, only 33 schools in the district have been upgraded and made high schools. Apart from this, four Kasturba Gandhi Girls Schools have been brought in residential form by making hostels.

The Rashtriya Madhyamik Shiksha Abhiyan was launched with the hope of bringing about significant reforms in the secondary education system. Under the campaign, at least one high school was to be built at every five kilometer and inter-college at ten kilometer. So that the students pursuing secondary education do not have to go far for education. The campaign is also operating in the district since the year 2009. Initially the campaign gained momentum. A total of 63 upper primary schools were identified for development as high schools, whose proposal was sent to the government. But in the last 12 years only 33 schools have been upgraded. All these schools were marked at such places where there was no high school within a radius of five kilometers. Apart from these, hostels were provided in Kasturba Gandhi Girls Schools of Gangoh, Muzaffarabad, Puwarka and Sadhauli Kadim. But for the past several years, the plan is progressing at a slow pace.

No merger in UP
In order to promote primary and secondary education, the Central Government has merged the Rashtriya Madhyamik Shiksha Abhiyan in Secondary and Sarva Shiksha Abhiyan in Basic and named it Samagra Shiksha Abhiyan. But Uttar Pradesh has not been merged yet, while Uttarakhand has merged with other states.
The work has been done following the guidelines of the government regarding the National Secondary Education Campaign. 33 schools have been upgraded, while four hostels have also been built. Whatever orders of the government will be followed to continue the scheme, they will be followed. - Ravidutt, District Inspector of Schools.