Like madrassa, Gurukul should also get recognition... Appeal to SC for Uniform Education Code 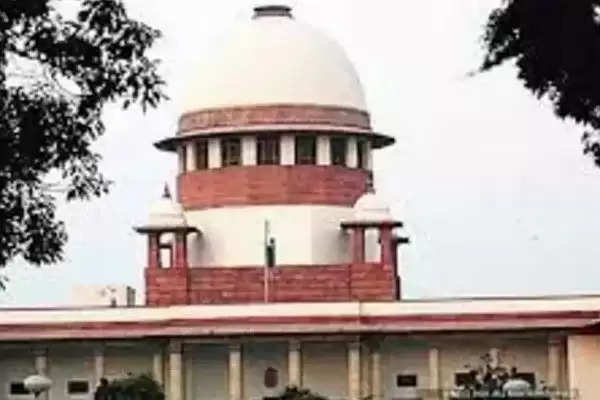 In the application filed by the petitioner, it has been said that Hindus, Sikhs, Jains, Buddhists, Jews and Bahais have the right to preserve their language, culture and script. They have got this right like Muslim, Christian. This right cannot be undermined by the state and cannot be discriminated against.

According to the petitioner, the object of Articles 29 and 30 is not to deprive the majority of them from opening and operating their educational institutions. Everyone has an equal right to preserve his language, script and culture. Giving only minorities the right to open and operate educational institutions is contrary to the country's principle of secularism. In such a situation, the Center should be directed to implement the Uniform Education Code.

Right to open and run educational institutions
In the application filed in the Supreme Court, it has been urged that whatever fundamental right is in Article-29, it should be given to all citizens and it should be seen in the light of Articles-14, 15 and 19. It should also be directed that Hindus, Jains, Sikhs, Buddhists, Jews and Bahá'ís also have the right to preserve their language, culture and script, as enjoyed by Muslims, Christians and Zoroastrians.

The state cannot curtail this right for Hindus and cannot discriminate. Article 30 should be seen under the right to equality, equal right under the law and right to expression.

Directives should be issued that Hindus, Sikhs, Jains, Buddhists, Baha'is and Jews should also have the right to establish and run educational institutions like Muslims, Parsis and Christians and that right should not be curtailed by the state and Uniform Education Code should be implemented. needed.
Make your home beautiful with Amazon this festive season. Get Upto 40% Off