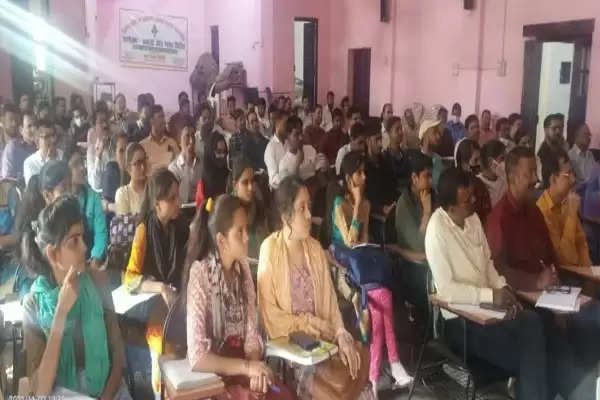 Prior to this, the National Achievement Survey exam was held in 2017. The National Achievement Survey examination to be held every three years was proposed in 2020, but due to Kovid-19, this examination could not be held then. All the field investigators designated to conduct the examination who are basically ARPs, Shikshak Sankul, SRG, Trainees and spokespersons of various institutions. They were given detailed information about the various activities related to the Learning Outcome Examination by Atul Kumar Shukla, in-charge of Diet Spokesman Training.

He said that under this campaign 203 schools have been selected in the district. 305 field investigators have been nominated to conduct the examination in these schools. The examination pertains to the students of class three, five, eight and ten. Apart from the field investigator, one observer has also been nominated in each school to conduct the examination. During this, diet spokesperson Shashank Pandey, Arun Kumar, Jamal Akhtar, Anjani Bharti, Aman Kumar, Ajit Kumar Mishra, Subhash Chandra Singh etc. were supported.