Lack of budget, education department is not giving laptops to students from two sessions 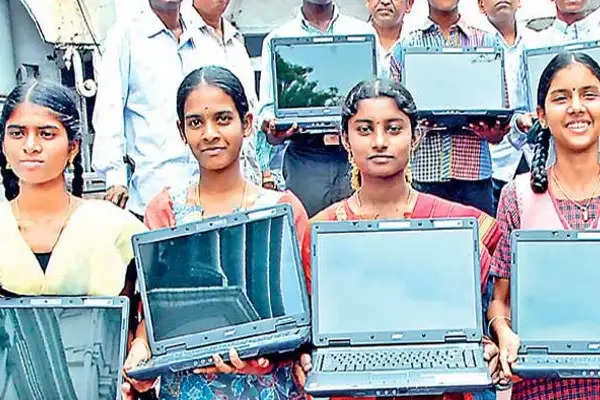 More than 1300 students of both the sessions have not received laptops from Sikar district. Due to the lack of budget, this time the talented children who got more than 75 percent marks in 10th and 12th including 8th are being deprived of laptops. Parents have been inquiring about laptops from the education department officials for the last one and a half years. But not getting satisfactory answer. Director of Secondary Education, Bikaner, Kanaram says that laptops were not bought during the period of Kovid due to lack of budget. For the laptop scheme at the department level, a letter has been written to the government for financial approval.

As soon as the approval is received, we will start the laptop purchase process and distribute it to the students. A budget of 48 crores was received in 2018: The state government had released a budget of 48 crores in 2018 for distribution of laptops to meritorious students in board examinations. About 17 thousand were spent on a laptop. Laptops were given to 27,900 students in 2018.