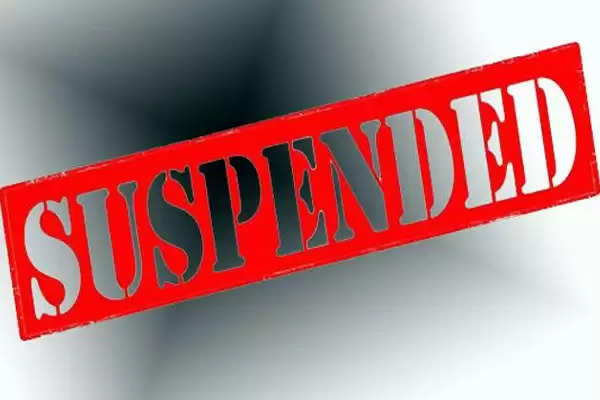 It is said that on the proposal of suspension, Departmental Minister Jagarnath Mahato has given his approval. Here, the department has stopped the salary of Ranchi's District Education Superintendent Kamala Singh, taking seriously the absence of him in the departmental meeting.

At the same time, the order to withdraw the financial rights has been upheld. Earlier, an explanation was sought from Kamala Singh on this. His reply was not found satisfactory. At present, as District Education Superintendent, Kamla Singh will only work for the withdrawal of salaries of teachers and employees.

The Jharkhand state unit of Rashtriya Janata Dal (RJD) on Friday paid tributes to Lok Nayak Jayaprakash Narayan and former minister Ram Vilas Paswan on their death anniversary. Jharkhand RJD President Abhay Kumar Singh, who was present on the occasion, said that the life of Lok Nayak Jayaprakash Narayan, the source of inspiration for the entire revolution, was spent in the struggle among the people. His effort was to ensure transparency in power and accountability to the public. In the tribute meeting, mainly youth RJD's state president Ranjan Yadav, former minister Radha Krishna Kishore, state vice-president Rajesh Yadav, Shyamdas Singh, state vice-president Surendra Prasad, etc. were present.

The leaders mourned the sudden demise of former Bihar minister Hind Kesari Yadav at the RJD's state office by observing a two-minute silence.