Jagdeep Dhankhar annoyed by the statement of the Education Minister, said – make CM Mamta the governor too 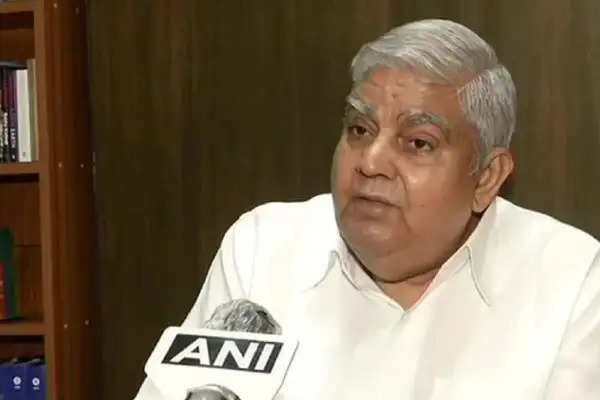 Employment News-Days after suggesting that the governor should be removed from the post of Chancellor of state-level universities, Dhankhar on Sunday termed as "unfair" the stand of Education Minister Bratya Basu, saying that apart from making the Chief Minister the Chancellor, he should also be made the Governor. Give.

In fact, state education minister Bratya Basu tweeted on Friday that there is a need to introspect whether the state needs to continue that colonial legacy belonging to the governor or not. In which he is the ex-officio chancellor of state-run universities. Instead eminent scholars should be appointed to this post.

He later told the media that the chief minister should be the interim chancellor. Dhankhar, who arrived at the airport on his seven-day visit to North Bengal, said, "I was taken aback by the education minister's statement. He should have spoken to me before making the statement of making the Chief Minister as the Chancellor.