Jharkhand: If more amount is given in salary then this action will be taken on DSE 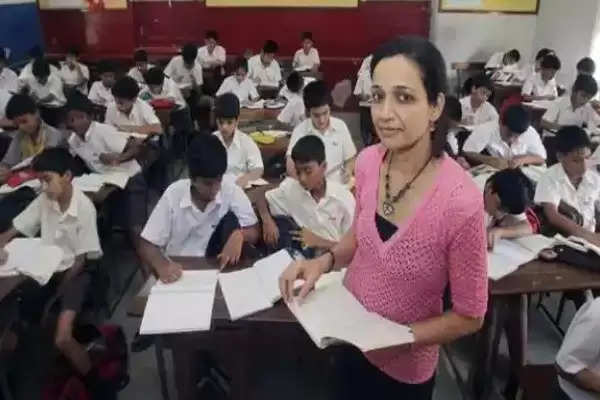 Employment News-If teachers and employees of elementary schools of the state are given more amount in the head of salary, then that amount will be recovered from the district superintendent of education of the district concerned. For this, the Department of School Education and Literacy has issued instructions to all the District Superintendents of Education. After such cases came to light from many districts, Director of Primary Education Kiran Kumari Pasi has given the above instructions.

In many districts, more than the prescribed salary allowance is released. It has been consistently found that many teachers in different districts are paid salaries and allowances more than the fixed pay scales. Later, an attempt is made to recover that amount. This also brings to the fore court cases. To ensure that such a situation does not arise, only the prescribed amount should be released. If the amount is paid more than the prescribed amount, it will be recovered from the concerned withdrawal and disposal officer, District Education Superintendent. He has instructed the DSE that the advance amount will be adjusted on the final salary certificate and the amount will be released only after getting the no-objection certificate. The amount has been released for the teachers of elementary schools of the state in the salary head. The government has released Rs 1240 crore.

Amount released to these districts in salary head

Instructions for recovery from regular salary

It has been directed that the teachers and employees to whom the advance amount has been given, should be recovered from the regular salary. In view of the difficulties being faced in deducting this amount from retirement benefits, recovery from salary should be done on priority basis. If the amount has been given by the government for housing, motor car or anything, then its recovery should be done in the light of the rules and the finance rules should be followed. License fee should be deducted and deposited as per the building construction department residing in government residence. Apart from this, income tax should also be deducted at the rate prescribed on the current regular salary on the outstanding salary of the employees. DSE will be personally responsible for negligence in deducting income tax.