How to study when there is a shortage of teachers 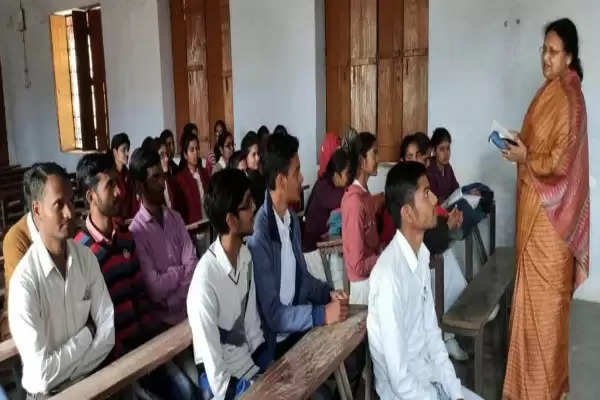 Employment News-There is no shortage of teachers in primary schools. There is no school in the city where the number of teachers is complete. Entire schools are run on the basis of one or two teachers. Despite this, the Basic Education Department is not allotting the schools to the newly appointed teachers and they keep sitting in the office with attendance.

In order to promote primary education, the government is emphasizing on increasing the attendance of children in the council schools, while the shortage of teachers in the schools of the city area is affecting the work of education. In eight schools of the city, only one teacher is teaching the children along with office work. It has become very difficult to teach children of classes up to 5th at the same time. There are many schools where education is going up to class eight but the number of teachers is two or three. Recently, the recruitment process of inter-district teachers was completed, but his teachers were also sent to schools in rural areas and the city did not get a single teacher. At the same time, teachers have not been appointed in pre-secondary schools.

There are single teachers in 10 percent of the schools in the city area
There are 79 schools in the city area. Of these, one is state and 78 are council. There are single teachers in eight schools. There are many schools where there is no headmaster. The assistant teacher has been in charge of the school for many years but the headmaster has not been appointed. Even there are many such schools where there is not even a single teacher and Shiksha Mitra takes charge of the school.
There are four schools with the help of affiliated teachers
There are four schools, Primary School Premganj, Mukrayana, Datia Gate and Primary School Boy Khushipura, where there is basically neither a single teacher nor Shiksha Mitra. Classes are being run in such schools by affiliating teachers of other schools.
There is a shortage of teachers in the schools in the city area. Most of the teachers are women whose going on maternity leave leaves the school completely empty. Therefore, it becomes necessary to associate teachers with other schools. New teachers will be posted only after orders from the government.
- Praveen Jain, Block Education Officer, City Area