Government is implementing decisions arbitrarily, this will end education 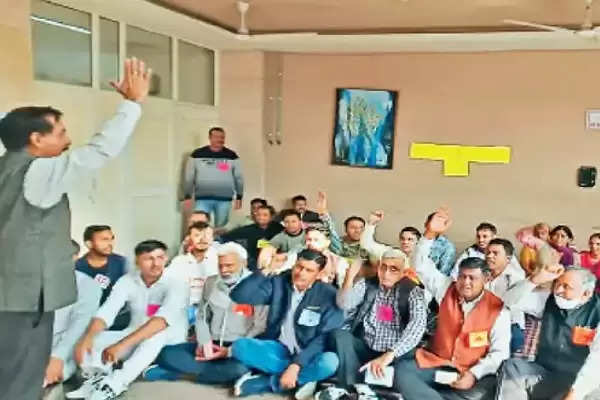 Employment News-To protect the autonomy of the university, non-teaching staff union, teachers union and student organizations of MDU staged a sit-in protest at the MDU Vice-Chancellor's office on Thursday. In this, the President of Teaching Association, Dr. Vikas Siwach said that the Haryana government is implementing such decisions arbitrarily inside the university, which will end education in the coming time. In the name of saving autonomy, the government is destroying the autonomy of the university.

Won't allow such decisions to be implemented: SFI
Arjun Bohat, State Co-Secretary of SFI said that ever since the New Education Policy 2020 came into force, the Government of Haryana is doing the work of eliminating education within Haryana, but the government is privatization of education by using the university for its own benefit, is being marketed. At the same time, warned the government and administration that such decisions would not be allowed to be implemented, which would take away education from the children of common farmers and laborers.