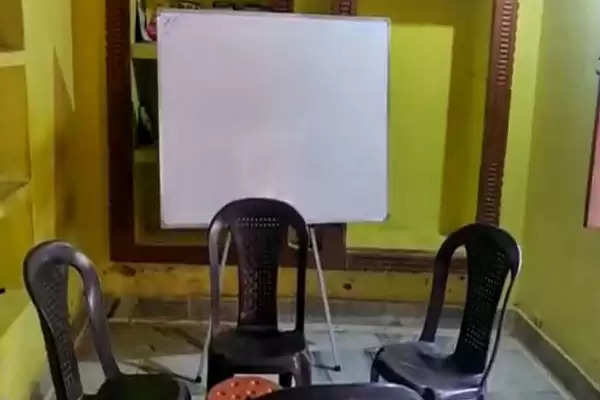 training for a month
At the same time, a young woman, who was getting training in the same institution for about a month, had left home on Friday, asking to go to the center. But when she did not return home, her family members lodged a missing complaint with the police station on Friday night itself. When both the cases came to the fore of the same institution, the station in-charge Indraj Singh took prompt action by sending the police to Dusoft Education Academy which was operating in a rented house. Investigated there and confiscated the document material found there.
trapped in a trap like this
The girl resident of Pipariya temple has told in the application given that she has a friend of hers who is a resident of Bijora. He got a call that a job has been found for you. At his behest, I reached Dusoft Education Academy. Where it was told that 500 admission fee is 9500 training fee. You submit it, after that you get people's admission. Later you will get 2000 every month after that 3500 then 4000 rupees a month. Every month you will be able to earn 10,000 sitting at home. The girl has made a written complaint in the police station, the matter is being fully investigated.