Gehlot said - corruption in every department, I did not ask only for education department 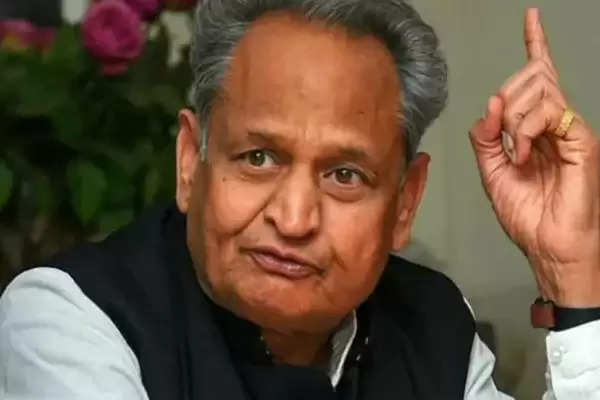 Employment News-Chief Minister Ashok Gehlot has now given a clarification on the statement given about corruption and being forced to pay money for transfers to teachers two days ago. Gehlot said in a conversation with the media in Dausa that I started the talk of corruption. Those who are being caught are not only from the vacant education department. There was no talk of a vacant teacher, it was a matter of corruption in every department. The intention of the government is that it should be stopped, so there is no talk of empty education department.

Gehlot said- I had said that teachers also get the same amount of trouble for transfers. Why should there be a problem of posting transfer by paying money, when the policy of transfer is made. With this everyone will know when his number will come. With this, the teacher will neither give money for transfers, nor will there be corruption.

He said that those who are being caught now are from other departments. I have the Home Department, many people have been caught in it. When told this to the education department, it was misunderstood. ACB is doing such a good job. ACB is doing the best work in India. Senior officers have been arrested. Collector, SP have been caught, even suspended. This will be found only in Rajasthan.

Said two days ago – teachers have to pay money for transfer
CM Ashok Gehlot said in the teacher's honor ceremony at Birla Auditorium in Jaipur on Tuesday – We hear that money has to be paid many times for transfer. I don't know, you tell me it's true or not, I don't know. Gehlot had asked the teachers present at the function – is this true? Do you have to pay? Then came the voice - yes, you have to give. Gehlot said – Amazing. It is very sad that the teachers are eager to get the transfer done by paying money. If a policy is made, everyone should know when it is to be transferred? Then the money will not run again, nor will you have to go to the MLA.

Gehlot's attempt at damage control
There was a controversy after Gehlot's statement about the transfer of money in the education department. Describing the education department as corrupt, the BJP had demanded the resignation of Education Minister Govind Singh Dotasara. Gehlot's statement was discussed till Delhi. According to political observers, this statement was being linked to the downing of the state president and the education minister. After becoming negative for two days, Gehlot's cleaning is now being considered as an attempt at damage control.