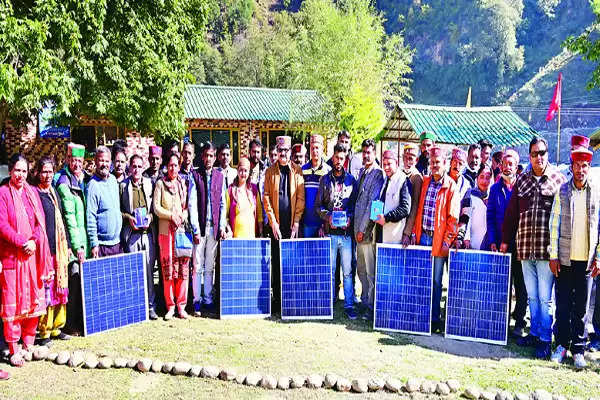 Employment News-Education, Language, Art and Culture Minister Govind Singh Thakur said that the State Government is determined for the welfare of the people belonging to Scheduled Castes and Scheduled Tribes and various welfare schemes have been launched by the Government for the upliftment of this class. On Wednesday, he distributed 53 solar lights for different villages of the area under the Scheduled Castes and Scheduled Tribes sub-plan at Bashing under Manali assembly constituency.

He said that through this alternate arrangement of lighting, the dependence of the residents on electricity would be reduced and the rural areas would remain lit up even during the night. With this, where people will get electricity round the clock, their money will also be saved. He said that under the scheme, solar lights would be distributed to the people in other villages of Manali assembly constituency soon. On this occasion, Manali Mandal Scheduled Caste Morcha President Shiv Chand, State Women's Commission member Manjari Negi were also present.