Education Department prepared a proposal to give option of online education 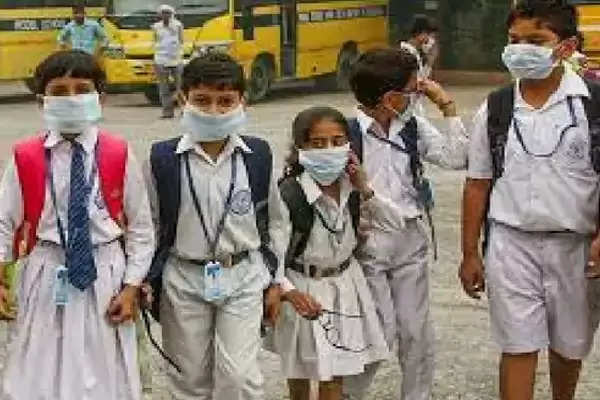 Employment News-Parents waiting for the option of online classes to open were not relieved on Wednesday. The government did not take any decision on the issue and the matter was confined to raising concerns only. On Wednesday, once again the school child came to Corona positive. This is increasing the concern of the parents. Due to the opening of the school at full capacity, social distancing is not being maintained in the classrooms.

Children are also sitting side by side in autos and school vans. On the other hand, private school operators say that they are fully alert about the health of the children. Whatever instructions the government will give regarding online education, they will be followed.

Due to the increasing cases of Corona, the Education Department brainstormed on Wednesday to give the option of online classes along with offline. During this, reports of increasing cases of corona in schools across the state were taken from the officials. Along with this, feedback of the situation of other states was also taken.

Sources say that in this meeting, the department decided that keeping in mind the health of the children, a proposal to continue online classes should be sent to the government. However, no decision was taken regarding online classes in the meeting of the Council of Ministers in the evening.

In such a situation, it is now believed that this issue can be discussed separately. Education Minister BD Kalla said that we have called for a complete report on the situation in Corona. Discussions have taken place with the officials in the education complex. Now this entire issue will be placed before the Chief Minister. Only after that any kind of decision is possible on this.

If the number of children in the auto is less, then the fare will be expensive.
Auto and van fares have already been increased arbitrarily due to the increase in the price of petrol. Parents say that now if they ask for social distancing in the auto, then the auto driver increases the fare by two to three times. In such a situation, the government should provide relief by providing the option of online.

We are cautious about the health of the children. Still, whatever instructions will be received from the government, CBSE and RBSE regarding online classes. They will be nurtured. Amit Sogani, Spokesperson, Progressive School Association

How many children have been infected. They did not attend school. The school operators called the medical team at their level and got the children examined. Still, if more than 50 percent of the parents give in writing to us, then we will start the option of online also. - Anil Sharma, President, School Education Family

Parents had high hopes from the new education minister that they would provide relief in the first meeting, but the decision on online classes was limited to brainstorming only. Government should ban private schools to start online classes. Snehlata Sabu, Secretary, Parents Welfare Society