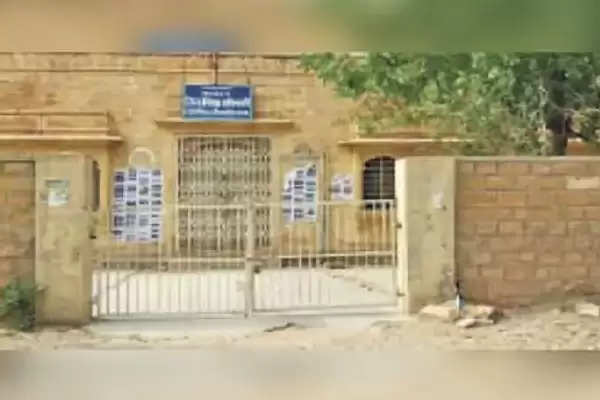 Employment News-The Finance Department has withdrawn the budget allocated to the Education Department under RTE recently. Due to which the anger among the private school operators who are facing the havoc of Corona has deepened due to non-release of the budget. It is noteworthy that on 7th September, a budget of Rs.

Financial power not given after retirement, three officers changed

After this, everyone knew that Dalpat Singh was retiring on 30th September. So why the reimbursement amount was not allocated to private schools at that time. After this, Dalpat Singh retired on 30 September. After which the post of Elementary District Education Officer was given to Nathusingh and Jitendra Singh. But they were not given 3 power (financial withdrawal). Due to which budget allocation could not be done. If Corona has been hit the most, then it is a private school. Private schools have been running continuously since March 2019.

After which the operation of schools has started again in August this year. In such a situation, the private school operator is suffering the most from Corona. In such a situation, despite the allocation of the amount of recharge of RTE, it was not allotted to the schools by the employees of the Education Department.

Argument: Schools were closed, how did online studies get done

But after this, while withdrawing the budget, it was argued to the Education Department that the schools should remain closed during the Corona period. In this way the children did not go to school. Therefore, make a complete plan, how studies will be assessed and then what will be the mode of payment.

What was the mistake of those who made the bill on time?

There are many such private schools, which have not yet made the bill for the recharge amount. But despite completing all the procedures in time, it is beyond comprehension to not release the budget to 70 such schools. Whereas these 70 schools have generated online bills after fulfilling all the rules by the government. Due to non-release of budget to these 70 schools by the Education Department, the anger among the school operators has deepened.

This is not a problem in secondary level private schools under RTE. About Rs 73 lakh has been paid by the department to 22 private schools of secondary education. While the budget was not released to the Department of Elementary Education at the same time, the private school operators are now facing the consequences of the negligence of the employees.

There was negligence in the recharge amount of RTE by the employees of the Education Department. Due to which the budget has been withdrawn by the Finance Department by lapse. Whereas all the procedures were completed on time by the private school operators. Despite this, not releasing the budget to them shows the malicious policy of the employees. In this regard, the organization will protest from block to state level. Kewalram, Secretary, Association of Non-Government Educational Institutions, Pokaran.​​