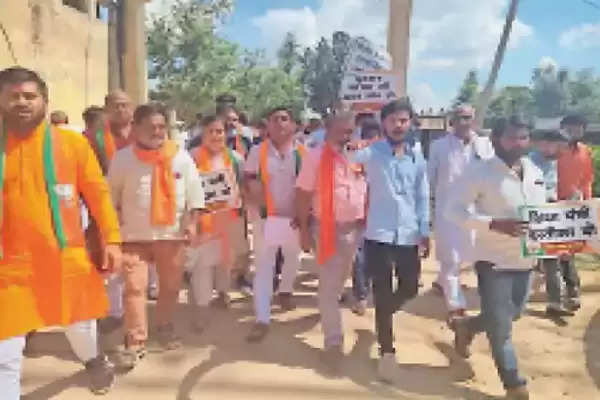 Employment News-Workers of Bharatiya Janata Yuva Morcha Malakheda Mandal presented a memorandum to the sub-divisional officer by protesting in Malakheda demanding the dismissal of Education Minister Govind Singh Dotasara for irregularities in the REET examination. Under the leadership of convener Dinesh Sharma, the workers raised slogans against the state government in the subdivision office premises. BJYMO District President Tarun Jain told that in the assembly elections-2018, the Congress had promised in the Jan Rajasthan manifesto that while reviewing the REET exam, other eligibility qualifications