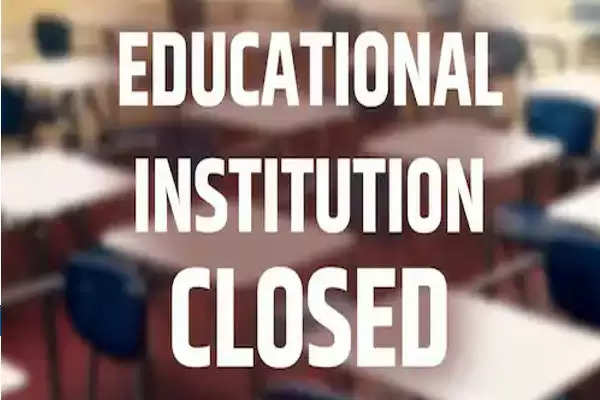 Employment NewsDue to the increasing cases of Covid-19, the most affected are the school-going students. The education system across the country has to be operated almost through online medium. In view of the increasing outbreak of Corona across the country, schools and colleges have been closed in more than 12 states. Whereas in many other states there is a preparation to close it. All this is happening at a time when all the state boards including CBSE were preparing for term 2 and main examination. The dates for the board exams have also been announced by many state boards.

Meanwhile, educational institutions have also been closed in Punjab today i.e. on Tuesday, while on Monday late evening, the Chief Minister of Telangana also announced the closure of educational institutions till January 16. Telangana Chief Minister K. Chandrashekhar Rao said on Monday that in view of increasing cases of Covid-19, a holiday should be declared in all educational institutions of the state from January 8 to 16. According to an official release, in a meeting with ministers and officials on increasing cases of Covid-19 in Telangana, Rao said that proper arrangement of beds, oxygen beds and medicines should be made in hospitals and testing kits should be procured as per the requirement. The Chief Minister appealed to the people not to panic about the threat of Omicron but at the same time asked them to take precautions.