College development stalled throughout the year due to Corona 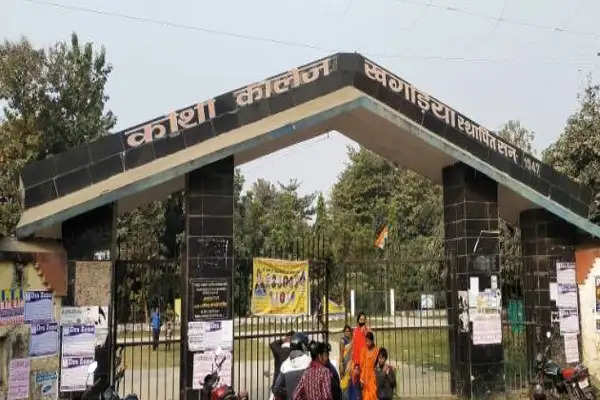 Employment News-In the year 2021, there was no significant change in the field of education due to Corona. Growth was almost nil, especially in colleges. Kosi College, which is called Cambridge, is running on God's trust today. The only women's college in the district has also become old now. There used to be 33 teachers in the women's college. There today many subjects are not being taught due to lack of teachers. One teacher is required for 40 girls, but there is one teacher for 215 students. In this women's college of more than 1500 girl students, there are only seven teachers for education. One of these teachers is on deputation. Only Arts Faculty is taught in this women's college.

Due to paucity of land, the women's hostel has not yet been built. Due to this the released amount was returned to the University.

Since then the situation has worsened. In 2020, renovation and painting work was done by the former students in Kosi College. In which the role of dozens of students including the famous Dr. Vivekananda, Engineer Dharmendra and former Municipal Chairman Manohar Kumar Yadav played an important role. Kosi College was renovated at a cost of about eight lakhs. After 73 years of establishment, more than half of the buildings of Kosi College were in dilapidated condition. The semi-finished hostel, which was to be built in 2012 at the cost of 40 lakhs in the campus of Kosi College, has become dilapidated in the hope of the second installment. The building has started falling apart. But the college administration is not taking any concrete steps for the second installment.

Neck's team gave Grade C status In 2020, Neck Pier's team inspected Kosi College. After which the academic quality, after being aware of the present conditions of the college, gave time to improve by giving the status of Great Zero to Kosi College. After which the former students did the work of Rang Rohan with renovation in 2021 to save the prestige of the college. In which the college administration also cooperated. Smart classrooms were created. MP Mehmood Ali Kesar has arranged a gym for the better health of the students at a cost of 10 lakhs in the past. In 2021, the team of Neck Pier again inspected Kosi College. In which the college was given the status of C grade.

Instead of 52, there is a requirement of 52 professors in Kashi Maha Vidyalaya, a college running with the help of 19 professors. But now only 19 professors are left here. With the help of which the educational system of the college is running. Let us inform that there are total 14 departments in the Faculty of Science, Arts and Commerce in the college. In this, not a single professor is present in the college for the last many years for the study of Physics and Chemistry of the Faculty of Science. The studies of both these subjects are going on in God's trust. There is one in Botany, one in Biology, one in Philosophy, one in Commerce, one in Psychology and immediately two in History. One of them is due to retire next year.