Anganwadi will not be converted into Balvatika in Delhi, if there is any confusion then read full news 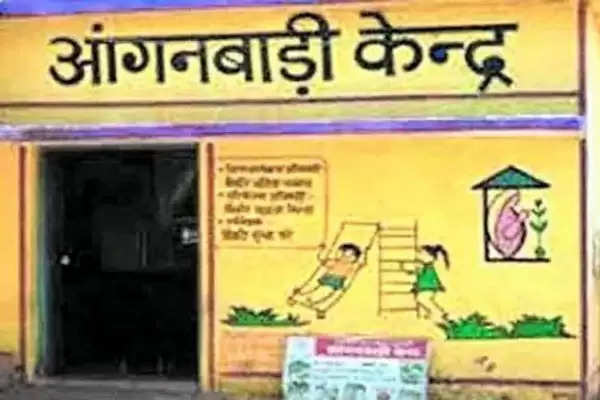 Employment News-Even though Anganwadi has been included in the new proposed structure of school education, but in the coming days only Balvatika will be established in all government schools. Where children from the age of three to six years will be given education like play school. In these three years, the seeds of early education will be planted in the children. At present, the Balvatika is being designed in such a way that a new interest towards studies is created in the children.

After the coming of the new National Education Policy, the Ministry of Education has started work to implement this proposed structure of school education on the ground. Along with this, in the coming three years, a target has been set to open Balvatika in all government schools. According to the ministry, work has started in about 18,000 government schools in the country. NCERT has also prepared a new syllabus for this. In which major initiative has been taken to provide toy based education to the children.

In the National Education Policy also these three years of the beginning of school education have been described as very important. According to senior officials attached to the education ministry, the Anganwadi has a different role. Which has a major focus on the nutrition of women and children, which will continue. But in Balvatika, there is a thought to connect children to studies in sports and games. At present, till the time Balvatika is not established in all government schools, only Anganwadi will work as Balvatika.

At present, in the framework of school education that has been prepared, the initial five years of education have been named as the foundational stage. In which the first three years will be of Balwatika, Play School or Anganwadi. There is a provision for admission from the age of three. In the remaining two years of this stage, classes I and II will be taught.