Three youths have been detained after two student groups clashed and opened fire in a Meerut college.
By Jitendra Jangid Wed, 18 Jan 2023 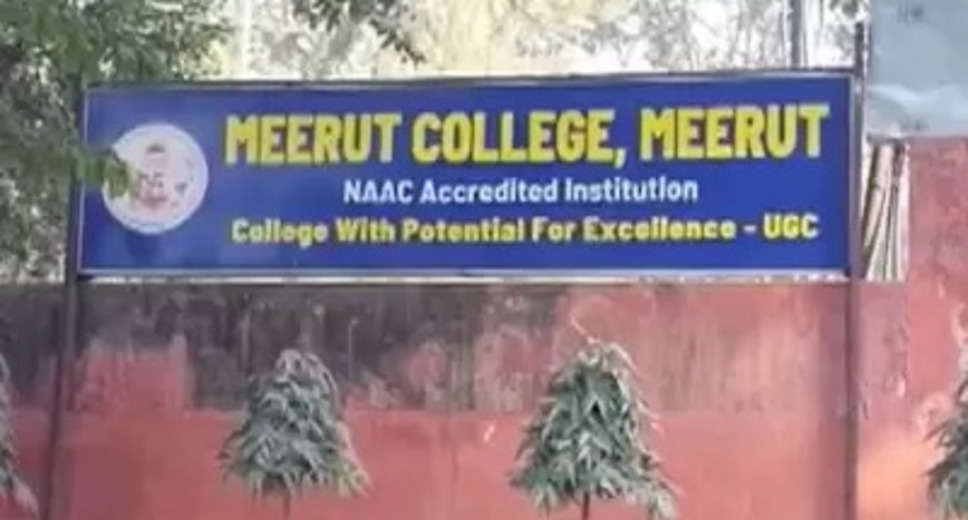 Meerut (UP), Jan 18- Three youths have been detained after two student groups clashed and opened fire in a Meerut college.

The incident took place two days after a former college student was assaulted, allegedly by a current student leader of the institution.

No one suffered injuries in the firing incident but panic gripped the area.

Circle Officer, Civil Lines, Arvind Chaurasia, said: "We have detained three youths, and a search is on to nab others involved in the firing. Two outsiders were cornered by college students and were being thrashed. We took the outsiders into our custody."

The clash was in retaliation to the incident.

Pushpender Singh has been admitted to a hospital with injuries.

The CO said: "A student, Priyanshu Singh, who was part of Talyan's group was targeted during the attack but he had locked himself in a room. Preliminary investigation revealed that it is a fight between two student groups."

The police have filed an FIR against unnamed accused for rioting and using firearms as the identification process is on.

Police are yet to reveal the identity of the three detained youths.

Meanwhile, Talyan claimed that 5 rounds were fired when a group of 10-15 outsiders attacked the college students.