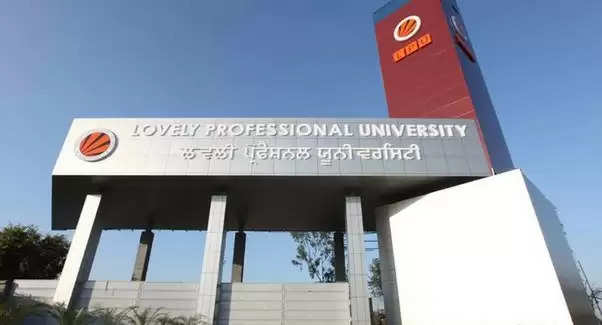 Chandigarh, Sep 22 | Days after Chandigarh University in Punjab's Mohali district saw widespread agitation by students over the alleged "leaked objectionable videos", a huge protest broke out in another private university in the state -- Lovely Professional University (LPU) -- after a student allegedly committed suicide in his hostel room.

As per the suicide note, the student said he was taking the extreme step owing to personal problems he faced in his previous institution at NIT Calicut, where he studied for two years.

The deceased blamed a professor of NIT Calicut in his suicide note, saying, "I blame Prof Prasad Krishna for emotionally manipulating me into quitting NIT. I regret my decision so much. I am being a burden to everyone. I am sorry but this is it."

The deceased was a student of NIT Calicut, and had apparently left the institute and joined LPU.

Meanwhile, after overnight protests, things are returning to normal on the LPU campus with students attending classes and taking exams.

The protesting students alleged that this was the second suicide reported on the campus on the outskirts of Jalandhar city in the past 10 days.

Amid heavy police deployment, the protesting students demanded to know the reason behind both the suicide cases.

They also claimed that the news about the first suicide had gone unreported as the university authorities settled the issue "within the closed doors".

Deputy Commissioner of Police, Jaspreet Singh, told the media, "We received information about the suicide of the first-year student of the university at around 5.30 p.m. on Tuesday following which a police team was rushed to the varsity for investigation which sealed the spot."

As the news about the suicide spread, students gathered in large numbers late on Tuesday raising "we want justice" slogans. They demanded a thorough investigation into the matter. The police had to resort to mild lathi charge to disperse the protesting students.

LPU said in a statement: "We are saddened to share the news of the unfortunate incident, where one of our students has ended his life. Police is investigating the matter and from the suicide note recovered from the student, he took this extreme step because of personal problems he faced in his previous institution at NIT Calicut (Kerala), where he studied for two years.

"Yesterday, because of the lack of information, there was a misunderstanding among the other fellow students that led to unrest on the university campus late evening. Police and university authorities have clarified the whole situation to the students. Now there is calm in the university, all students are now peacefully attending the classes as well as taking examinations."

The DSP investigating the case said that prima facie, the deceased student was having some personal issues, as has been suggested in the suicide note.

"The parents of the student have been informed, who are reaching the university. Further investigation is underway," he said.

Ashok Mittal, the Chancellor of LPU, is AAP's Rajya Sabha member from Punjab.

Set up in 2005, the LPU is one of the largest private universities in India with more than 30,000 students, including overseas students.

The incident came four days after protests rocked the Chandigarh University campus after some students claimed that a hosteller had recorded several objectionable videos of female students in the washroom.

As the matter drew angry political reactions, Chandigarh University authorities clarified that "no videos were found of any student which are objectionable, except a personal video shot by a girl which she shared with her boyfriend".