Meghalaya gets its first engineering college 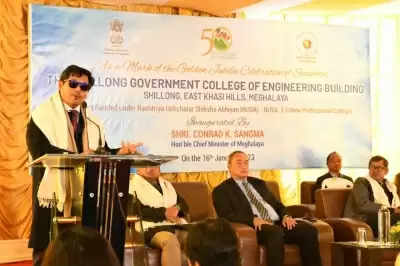 Officials said that the project was undertaken by the Rashtriya Uchchatar Shiksha Abhiyan (RUSA) and constructed at a cost of Rs 26 crore in about 7.8 acres of land within the campus of Shillong Polytechnic at Mawlai Kynton Massar in East Khasi Hills district.

The engineering college would cater to degree courses in three technical streams -- civil, electrical and mining -- with an intake capacity of 30 for each branch.

Sangma said that the government has surveyed and interacted with over 90,000 youths and has come up with a roadmap to channelise their potential.

Sangma added that different programmes related to entrepreneurship, sports and music that are being initiated by the government have been drawn from such studies.