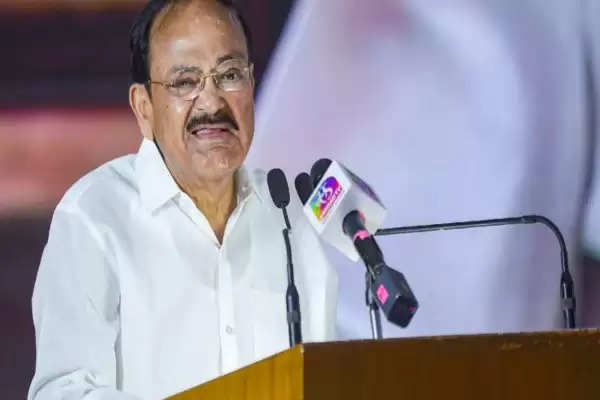 Employment News- Emphasizing on the need to protect the linguistic treasure of the country, Vice President Venkaiah Naidu on Saturday said that there is a need for a mass movement to revive Sanskrit education in which all stakeholders are involved in afresh exploration of the rich, ancient literature and cultural heritage. should contribute. He said that technology opens up new opportunities to preserve and promote Sanskrit. The Vice President was addressing the ninth convocation of Karnataka Sanskrit University held at Raj Bhavan.

Your contribution will have to be given in the re-discovery of cultural heritage.

The Vice President said, “We are living in an era of rapidly changing technology. During the pandemic when everyone was working from home, we have realized the importance of communication revolution. This same technology is driving new languages ​​like Sanskrit in our spare time. Online learning can help us." Addressing the convocation, Naidu said that digitization of ancient manuscripts, records and encryptions, recording of texts of Vedas, publication of books highlighting the meaning and importance of ancient Sanskrit texts, are important for preserving the culture contained in Sanskrit texts. Have to find some way. “We should make it a mass movement to revive Sanskrit education, where all stakeholders should contribute to a renewed exploration of India's rich ancient literature and cultural heritage.”

"We must preserve these linguistic treasures"

The Governor of Karnataka, Thaawarchand Gehlot, officials and scholars of Sanskrit University were present on the occasion. Describing Sanskrit as an important language because of its extraordinary creative work, the Vice President said, "We must preserve these linguistic treasures." Naidu further said that each language has a unique structure and literary tradition and the ancient languages ​​and their literature have contributed a lot in achieving the proud status of the nation.

Sanskrit has been a source of knowledge and literary traditions

He further said that a language cannot be protected by mere constitutional provisions or government assistance or patronage. Sanskrit is an intangible heritage and for centuries, it has been a source of knowledge and literary traditions. Naidu said that UNESCO has also recognized the Vedic text in Sanskrit as an intangible heritage. The Vice President said, “Sanskrit helps us to understand the soul of India. If one wants to understand the Indian worldview, one has to learn Sanskrit. If one has to appreciate the literary genius of Indian poets, one must be familiar with Sanskrit. "