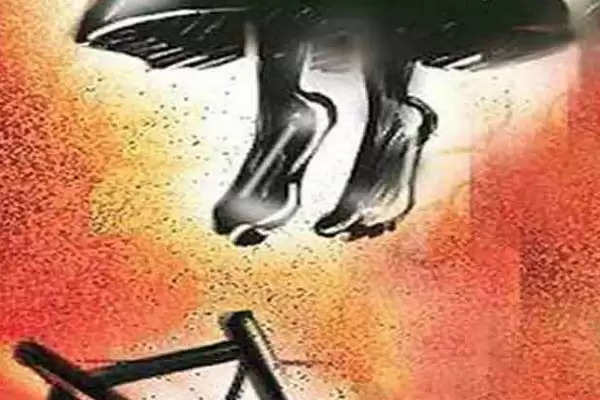 Employment News-Madhya Pradesh School Education Minister Inder Singh Parmar's daughter-in-law hanged herself in her house in Pochaner village on Tuesday. The name of the deceased is being told as Savita Parmar age 22 years, as well as the reason for the incident is being told as family. After the incident, the police and FSL team reached the spot, where the investigation continued till late night.

Police have taken the body in possession and sent it for post-mortem. After the information, Minister Parmar has reached village Pochaner from Bhopal. The relatives of the deceased have confirmed the incident. The deceased Savita was married about three years ago with Devraj Parmar, son of Inder Singh Parmar, a minister in the Madhya Pradesh government.

Avantipur Barodia police station TI Pradeep Balter and Tilawad police outpost SI Inim Toppo told that the body of 22-year-old Savita's wife Devraj Parmar was found in the house. Preliminary investigation appears to have resulted in death by hanging. The matter is under investigation. Savita was a resident of Hadlay village of Akodia police station area. She had come to Pochaner from her maternal house a day earlier.