- Controversy erupted in the reputed Arya Kanya Gurukul of Porbandar after a Class 8 student and her parents made serious allegations against other hostel mates.
By Jitendra Jangid Tue, 24 Jan 2023 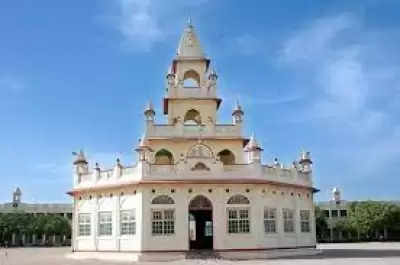 Porbandar (Gujarat), Jan 24- Controversy erupted in the reputed Arya Kanya Gurukul of Porbandar after a Class 8 student and her parents made serious allegations against other hostel mates.

They have alleged that the girls at the hostel are forced into lesbian relationships. Gurukul principal and management have refuted these allegations, calling it an attempt to tarnish the reputation of the institute.

A Class 8 student, who was admitted to the Arya Kanya Gurukul a month ago, has alleged, "Other hostel mates were asking her to get into lesbian relationships, if you don't get into, they were harassing."

Her parents said, "Majority girl students in the hostel are into lesbian relationships, a racket is going on in the hostel, even the hostel warden is aware of it, new students are pressured to get into relationships, our daughter took up the matter with the principal twice or thrice, but no actions were taken, so the family have taken leaving certificate from the school and hostel."

As the matter came to the notice of the District Child Welfare Committee, its member Dr Chetnaben Tiwari started inquiry into it. The district police have also started a parallel inquiry into the issue.

"These are baseless allegations. This institute was founded 1936, and till date never such incident has occured, or will occur in future," said Ranjanaben Majithiya, Gurukul Principal.