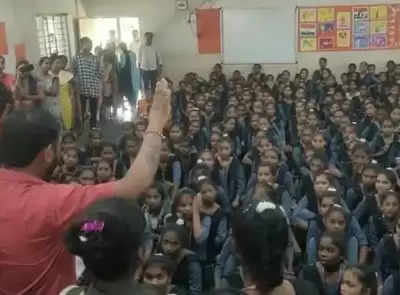 In Eklavya Kanya Saksharta Nivasi Shala, a government-run residential school in Valsad district of South Gujarat, girls have alleged that the cook filmed them while they were taking bath.

At the same time, the officer addressed local media: "Girl students in their written application to the school Principal or to the police, do not mention about video recording or taking photos. The application submitted by the independent delegate of the Dharampur Taluka Panchayat Kalpesh Patel complains about inferior quality of food, the cook harassing girls, and tribal girls being discriminated against. But now, verbal complaints of video recording will be investigated. There are four male cooks and only one cook has an android phone, which is now in police possession and investigated."

School Principal Nita Chaudhary told local media that the initial complaint was about poor quality of food and they had demanded for a women cook.