Union Minister of Commerce and Industry Piyush Goyal on Saturday asked eminent institutions of design in the country to increase their student intake by a minimum of 10 times.
By Jitendra Jangid Mon, 14 Nov 2022 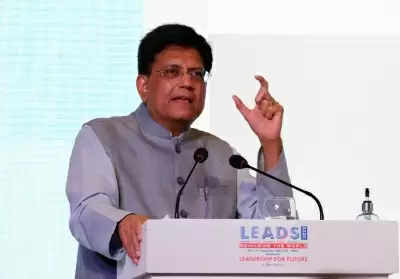 New Delhi, Nov 14 -Union Minister of Commerce and Industry Piyush Goyal on Saturday asked eminent institutions of design in the country to increase their student intake by a minimum of 10 times.

The Minister pointed out that this was the first such interaction of the five eminent institutes that work under the aegis of the Ministry of Commerce and Industry and Ministry of Textiles.

The Minister called for intensive collaborations between all five institutions so that they may work together and develop synergies to improve and grow.

He asked the institutes to consider having common campuses for more effective utilisation of resources and think about merging bodies to bring strength to them.

Goyal asked the Institutes to focus on creating a robust alumni program and build an extensive alumni network. Alumni networks have an immense potential to contribute to growth of the alma mater, he opined. He also asked corporates to generously support eminent educational institutions.

The Minister referred to the 'panch pran' enunciated by Prime Minister Narendra Modi and asked the institutes to align themselves to these five visionary vows.

The Minister said that educational and vocational training institutions must focus on developing human resources throughout the length and breadth of the country and not just in cities.

No child must be left behind, he reiterated and asked institutions to also institute scholarship programmes.

He also suggested that the institutions work to develop a sustained connection with eastern and northeastern parts of the nation and bring in much more diversity among both faculty and students.a