For two years, there is not a single staff in this government college of Bundi, the future of 800 students in the dark 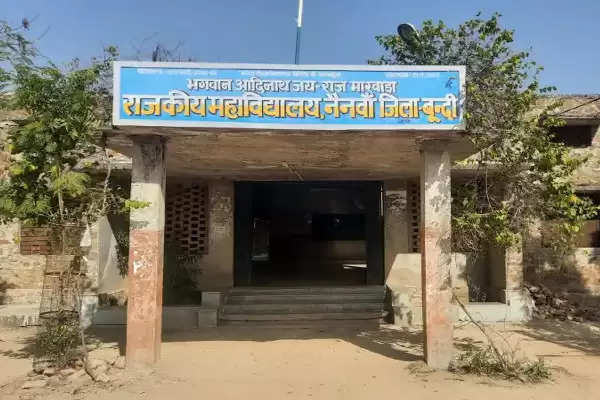 Employment News-The Rajasthan government may claim to provide facilities in the field of education, but the reality of Bundi is different. Staff has not been appointed even after 2 years in BJM Government College of Nainwa subdivision area. Due to lack of staff, the practical examination of the students could not be conducted on time. These days the admission process is going on in all the educational institutions of Rajasthan. In Government College of Nainwa, the post of lecturer of all subjects, from principal to assistant staff, is vacant. In such a situation, 800 students without staff have to study online on their own.

Staff not appointed in government college for two years

The entire season of 2021 went out without staff. Due to lack of staff, the classes of the students could not be held even for a day. Students had to rely on online studies to take the exam. Now the new session has started but the staff has not been reinstated yet. In such a situation, the future of thousands of students is in danger. The government has approved the posts of one principal, vice principal, more than a dozen lecturers but till date they have not been able to come to the college.

800 students are studying in BJM Government College but through online education. During the college in private hands, hundreds of students demonstrated and got government status from the government. The motive was clear that people should become aware of education. Dharmaraj Kumar, a final year student in the college, said that our college is running without staff for a whole year. The Chief Minister made the college government but did not arrange for the staff. Classes were not held even for a day due to the absence of a lecturer in the college.

Regular students also have to study at home like private students and give exams. Due to the absence of a lecturer, the practical examination has not been conducted so far. Students come to college everyday but no one to teach was found. During the operation of the college in private hands, lecturers were available for studies. But can't find it now. Second year student Mukesh Kumar says that he has faced many problems due to lack of lecturer. How long will online studies continue without physical classes?

The Government College of Uniara is 25 km away from Nainwa region. The principal does not come to the college even a day in a week. Due to the absence of the principal, the normal functioning of the college could not be done. Students have to travel 25 km away to get their signature from the principal. ABP News spoke to Acting Principal Pramod Kumar. He clearly says that there is no staff in Nainwa College and practical examination could not be conducted on time. The practical examination will be held only after the university examination. For conducting the examinations of Nainwa College, an officer will have to be made the center president in Uniara College. All government college examinations in Bundi district are conducted through Kota-Tonk University.

The student studies throughout the year by applying online. With the announcement of the exam date, the exam is conducted in the respective college. But after applying online in Government College of Nainwa, neither class is held nor any lecturer taking class. Students have to study at their own level and give paper. This exposes all the claims of the government. There are students in the first government college of the state but no one to teach. Approval has been issued to conduct elective subjects Hindi, English, Politics, Science, History, Geography, Sociology and Painting in the college but the staff of the subject has not been engaged yet.