Demonstration against the disturbance in the transfer in the education department, now the minister gave these instructions 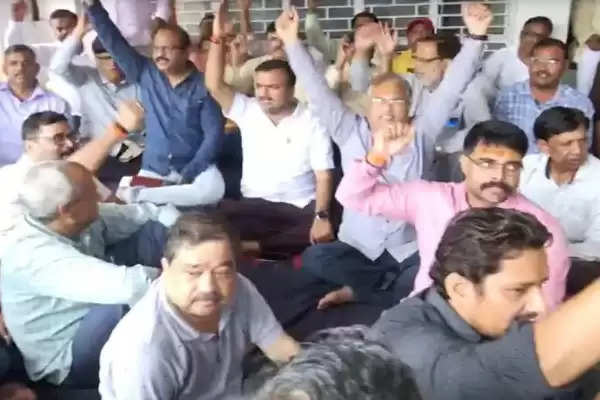 Employment News- The issue of disturbances in the transfer of employees in the Basic and Secondary Education Department is gaining momentum. On one hand, the employees' protest is going on regarding this, on the other hand, Basic Education Minister Sandeep Singh has given instructions to remove the irregularities of transfers. On Thursday, under the banner of the UP Educational Ministerial Officers Association, the employees staged a sit-in on the Directorate of Basic Education. The employees are angry that first there was a disturbance in the transfer, then pressure is being created from above that the salary of those who do not join will be stopped. Association's state president Vivek Yadav said that these transfers have been done contrary to the mandate of June 15, 2022.

There has been an error in the transfer
Vivek Yadav said that even where the post was not vacant, the employees were transferred and sent. How to join when there is no position. In many places, two employees were sent to one post. According to the transfer policy, there can be a maximum of 20 percent transfers. But here there were more transfers than this. The second divisional level transfers were also done from the directorate level. The transfer of the office bearer of the organization can be done only with the permission of the DM, but it was not considered either. Suspended employees whose retirement is left for 2-4 months, disabled, sick with serious diseases were all transferred. There are 14 types of problems in total. But till now the problem is not resolved.

Two employees were sent to 1 post
The team of ABP Ganga met those employees who are no longer anywhere due to these transfers. Employee Om Prakash told that he was in GGIC Sultanpur. BSA office shifted to Sultanpur. When he was relieved on 4th July, he came to join. It is learned that two have been sent to that 1 post in the BSA office. 1 has already joined there and now the post is not vacant. In such a situation, Om Prakash says that he is in the air now. Devendra Singh was transferred from Government Jubilee Inter College, Lucknow to DIOS office. When I reached to take charge on July 1, I came to know that the post is not vacant here. If sent back to college, now they are not joining there too. Devendra says that he is on the road since July 1.

What is the basic education minister
At the same time, in this matter, Basic Education Minister Sandeep Singh said that the clerical class was transferred by making a transparent system. There were no transfers for years, so when this happened on a large scale, some errors have come to the fore. Instructions have been given to fix them. Whether it is an issue of position or to be sent farther away, everyone is watching. Sandeep Singh said that after rectifying the error, there will be no problem in joining.