The third cut off list for Delhi University's undergraduate (UG) courses will be released on Sunday evening.
By Jitendra Jangid Mon, 14 Nov 2022 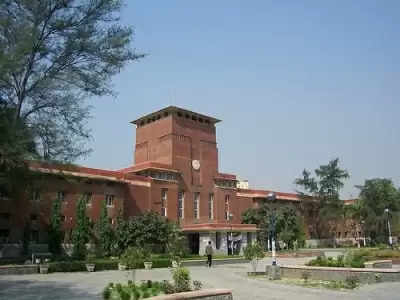 New Delhi, Nov 13 -  The third cut off list for Delhi University's undergraduate (UG) courses will be released on Sunday evening.

From November 13 (Sunday), DU will provide admission in all supernumerary quotas, including sports, children/widows of personnel of the Armed Forces including Para-Military, Kashmiri migrants (KM), in addition to general category.

The third round of admission was to start on November 10 but it was postponed due to a change in schedule. This process will end on November 20.

The Common Seat Allocation System (CSAS) portal has been created for admissions in UG courses in DU. Students have applied in various colleges and courses through the portal. The university is allotting seats to students who are within the prescribed cut-offs.

This year, the cut-off is being decided on the basis of the marks scored by applicants in the Common University Entrance Test (CUET), instead of Class 12th marks.

According to DU's Registrar, the third CSAS allotment list will be announced at 5 p.m. on Sunday. Candidates will be able to accept the allotted seat till November 14. Various colleges will verify the online applications till November 16, which is also the last date for fee payment for general candidates.

St. Stephen's College will accept admissions from minority students in UG courses. The admission process under sports and other supernumerary quotas will be completed by November 20.

The new session for first year students who have already got admission started from November 2 in different colleges of DU.

There are around 80,000 seats in the regular UG courses of DU. Most of these seats have been filled. The admissions of the first year students have been delayed due to the new system of CUET.