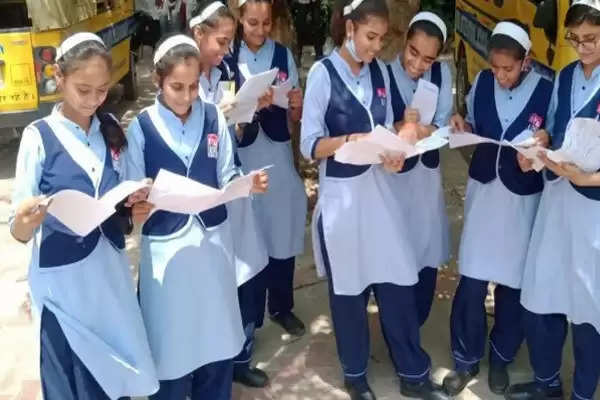 Employment News- CBSE's session-II examinations started in the district from Wednesday. On the first day, 10th and 12th English subject exams were held. Following the Kovid-19 protocol at all the examination centers, the examinees were given entry into the rooms, as well as continuous checking was done by the internal mobile team. On the first day 19 students were absent.

The 10th and 12th session-II examination of the Central Board of Secondary Education in the district was held in the district's Kendriya Vidyalaya, APS International School, Mother Athena School, Bloomingdale School, Baba International School, RK Public School. Here the examinations were conducted under the surveillance of CCTV cameras in all the rooms. The candidates who came to take the exam on the first day had to go through the corona restrictions. Before entering the room, the body temperature of the examinees was taken and hands were also sanitized. After this, after matching the QR code mentioned on the identity card, the candidates were given entry inside. During this, the examinees were made to sit in the room, following the physical distance in the rooms.