After all, who is to blame for making this 'childhood' fascinated by education? 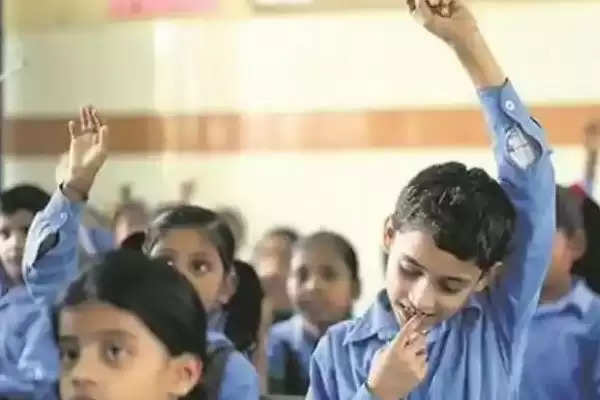 Employment News-The famous French poet-novelist Victor Hugo, born in the 18th century, said - "He who opens a school, closes a prison." Taking the same point forward, Nelson Mandela, the President of South Africa in the 20th century, had said a very important thing about school education - "Education is such a brahmastra, using which you can change the world." But you will be surprised to know that instead of opening new government schools, our state governments are closing them and in their place, private schools are being encouraged to open.

Looking at the mushroom-like crop of private schools that have grown in big cities in the last few years, the danger was palpable that this 'private education mafia' would try to fill their coffers with every representative-officer sitting in the government. Fulfilling the demand, the government schools will remain locked down. But no one knew that he would be successful so soon. Right now this is only one year's figure and after that the next two years' figure can be even more shocking.

You will be upset knowing that in just one year from September 2018 to September 2019, 51 thousand government schools in the country have been closed. Governments will make up some reason or the other to save their skin, but the reality is that in the same year, 11,739 new private schools were opened. That is why the activists working in the field of education cannot be denied that the central government is now moving towards privatization of education at the grassroots level and this is the biggest example of it. They say that the government does not sincerely want that the standard of education in government schools should be raised. The result of this is that the parents are forced to enroll their children in a private school and the government gets the excuse that there were not enough students to study in such a school to run that government school and cover the unnecessary expenses. and be extended.

There is a department under the Ministry of Education, Government of India, named - United District Information System for Education (UDISE). According to the report of this department, in the year 2018-19, the number of government schools in the country was 1,083,678, which decreased to 1,032,570 in 2019-20. Which directly shows a decrease of 51,108. This was also revealed by a question asked in the Lok Sabha when the then Education Minister Ramesh Pokhriyal gave this figure in his answer on 14 September 2020. Although it can be understood only because of the corona epidemic that in the report presented by this department for 2020-21 last week, it has been claimed that only 521 government schools have been closed in this one year. But the interesting thing is that the department has not made public the report of 2018-19 yet. It is obvious that even the government will not have a proper answer as to why so many schools have to be closed in a year.

The country's largest state is also Uttar Pradesh on the top number in closing schools, followed by Madhya Pradesh and Odisha at the third position. However, West Bengal and Bihar are the states where there has been some increase in the opening of new government schools in these years. Ashok Aggarwal, president of All India Parent-Teachers Association, says that "What can be worse than this that even the teachers teaching in government schools are themselves forced to teach their children in private schools because the government has to provide free education to the whole system. Whereas according to the Right to Education Act, it is the responsibility of the government to provide free education to every child and it is also the fundamental right of that child. Now think for yourself and decide who is responsible for snatching this basic right of the country's childhood and what is the role of private education mafia in it?