366 schools will become smart, digital education will be strengthened 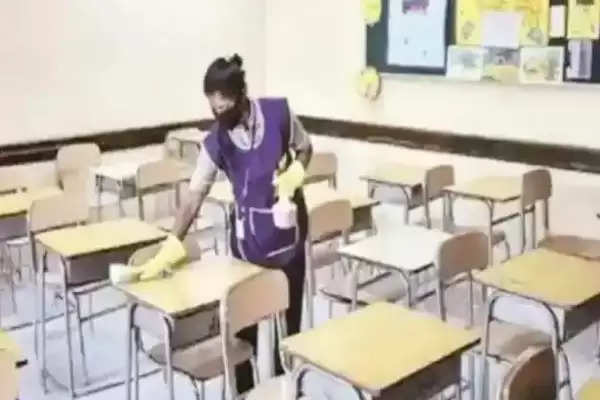 Employment News-Smart classes have been given to 366 government schools in Siddharthnagar, Uttar Pradesh. From this academic session itself, the children of council schools will study in smart class. Funds will be sanctioned to each school by the Project Approval Board. 352 schools have been selected under CSR head and 14 schools under NITI Aayog. After rejuvenating the buildings, now the preparations for digitization of schools have been completed. There will also be a formal inauguration of the operation of smart class on July 13 at Lohia Kala Bhawan.

3.22 lakh children are studying in 2762 council schools of the district. Schools studying in these schools are provided MDM with free dress, bags, sweaters and shoes and socks by the government. The government is constantly taking initiatives to provide education to the children on the lines of private schools. In schools, children have been started to study in English medium. At the same time, on the initiative of the government, initiatives are being taken to educate children by running smart classes in 366 schools of the district. The operation of smart class will be formally inaugurated in the program organized on July 13 at Lohia Kala Bhawan.

Digital education will be strengthened

Digital education will be strengthened after the preparation of smart classes in schools. Projector, LED screen, speaker, mic, webcam, internet connection will be compulsorily installed in the smart class. So that the internet does not become a hindrance during the education of children.

Special emphasis is being laid on improving the quality of schools. The creation of smart classes will help in providing visual education to the children through videos and presentations.