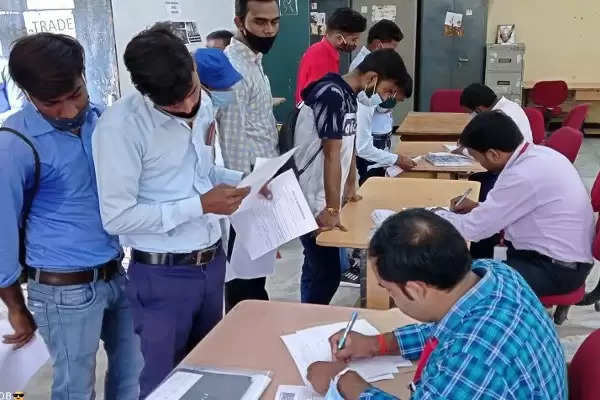 Employment News-A joint apprentice fair was organized by the Skill Development Mission/Industry Promotion and Entrepreneurship Development Center in the Government ITI campus. 32 companies were called in the fair, in which a total of 25 companies participated.

In the Apprentice Fair, 770 ITI passed / Skill Development Mission trained candidates appeared in the interview. Out of these, 117 candidates were selected for apprenticeship training. As internet service was disrupted due to the uproar in Lakhimpur. Therefore, the contract form could not be generated from the portal, which will be provided when internet service is restored. Earth and Number Officer Narendra Yadav, District Enterprise and Promotion Center Deputy Commissioner Sunil Tripathi, Employment Support Officer Vivek Kumar Shukla were present. Directed by Hari Om Choudhary. Vikas Saxena, Rajesh Gautam, Manohar Yadav, Bhupendra Vishwakarma etc. were present.