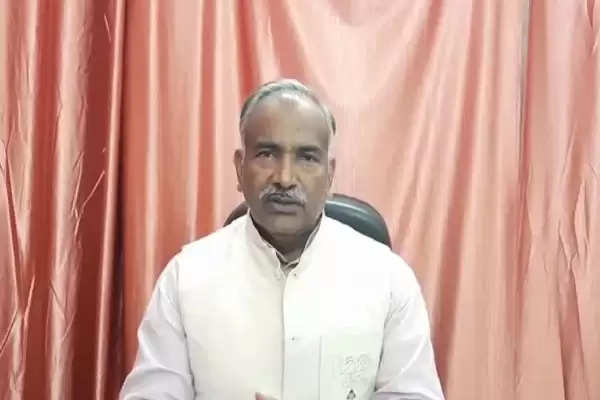 In order to remove the sluggishness of the government system, the officers are constantly being instructed not to stop the file at any level and not to keep the cases pending. At the same time, how much effect it is having on the departments can be seen in the case of Vijay Laxmi Saini, an unmarried teacher in the Education Department.

This teacher, working in the home district of Education Minister Arvind Pandey, had applied for Child Adoption Leave after adopting the child in January this year, but the department has not been able to decide whether the teacher should be given leave even after five months. Or not.

In the state, women government servants who have less than two surviving children and who have adopted a child up to the age of one year, are given child adoption leave for a maximum period of 180 days once in their entire service period. This has been clarified in the mandate dated October 10, 2017. Despite this, Vijay Laxmi Saini, lecturer of Physics in Government Inter College, Banskheda, Kashipur district, Udham Singh Nagar, is going on leave from the office of the Block Education Officer to the Directorate of Education.

The teacher, who adopted a 20-day-old child through the entire legal process, applied for leave from January 18 to July 16. The teacher has joined the school after five months, but the department has not been able to decide whether to grant her leave or not. This is the situation when, on January 23, an order was issued by the Directorate of Education to the Chief Education Officer Udham Singh Nagar in this case that arrangements for child adoption leave have been made for women government servants. The matter should be resolved soon.

Surprisingly, despite this long process which lasted for five months in the department, the officials of the department could not decide anything. In the meantime, it definitely happened that by issuing instructions to the school principal on behalf of the Block Education Officer, Kashipur, the teacher’s salary was stopped saying whether she should be given leave or not, the matter is still pending at the government level.

Neither the leave is being sanctioned nor the rejected
teacher Vijay Laxmi Saini says that the department has not been able to decide whether to give me leave or not. If leave cannot be granted for any reason, then the departmental officers should give in writing that leave cannot be granted because of this, but it is not being done. Leave is neither being granted nor is it being denied.

This matter did not come to me, if I get any application in this regard, it will be decided immediately. Vinay Shankar Pandey, Director General of Education

I had asked the Directorate of Education in this matter, but no decision has been taken yet, I am in the Chief Minister’s program. Ramesh Chandra Arya, CEO Udham Singh Nagar